Johnson in action for City against Leicester City 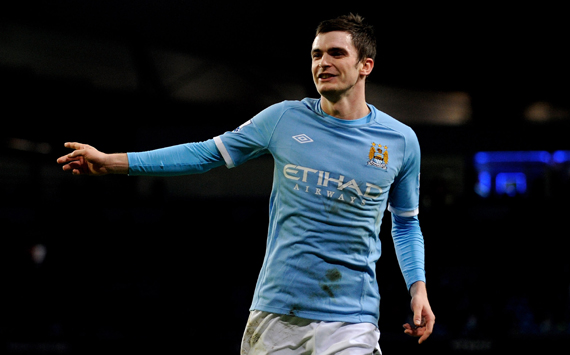 Adam Johnson is set for a shock early return to first team action, after having been ruled out until the end of April with an ankle injury.

Roberto Mancini has previously admitted to ‘struggling’ without the England international, but remained hopeful that he will return to fitness in time for a potential FA Cup or Europa League final.

The 23-year-old is no longer wearing a protective cast that supported his weight, and is hopeful of being involved in England’s crucial Euro qualifier against Wales next Saturday. Roberto however has yet decided whether to grant him permission to play in Cardiff as the Italian would like to see him get a couple of reserve games under his belt before fighting for his place in the first XI