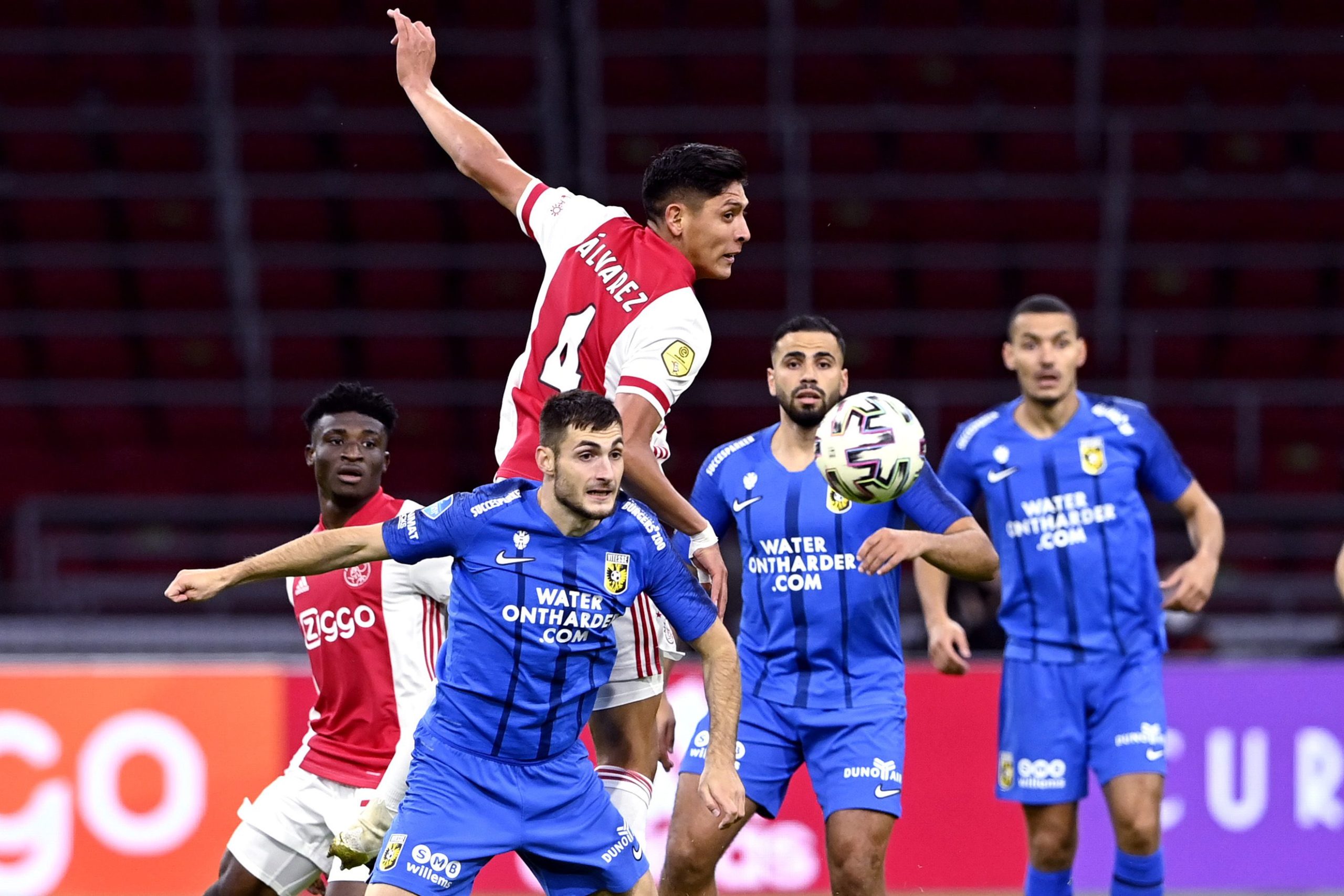 Ajax midfielder Edson Alvarez has admitted that he would love to play for Premier League side Manchester City in future.

The 23 year old Mexican has done well for the Dutch outfit and he is hoping to continue his development and play in the Premier League one day.

Alvarez also revealed that he wants to win the Dutch League title with Ajax. It will be interesting to see if he can help the Dutch outfit win the Eredivisie this season.

Manchester City are one of the best teams in Europe with a world class manager and it is hardly surprising that talented young players want to play for them in future.

There’s no doubt that the 23 year old has the talent to play for a better team but earning a move to Manchester City will not be easy.

The Premier League side are well stocked in the midfield and they have the resources to sign the very best players in world football.

Alvarez will have to improve a lot in order to catch the attention of Pep Guardiola and Manchester City in future.

It will be interesting to see how the 23 year old midfielder develops over the next few years.

He said: “I would really like to achieve [an Eredivisie title] one day and then it is a dream of mine to play in the Premier League one day. Manchester City is my favourite club, so that would be perfect.”