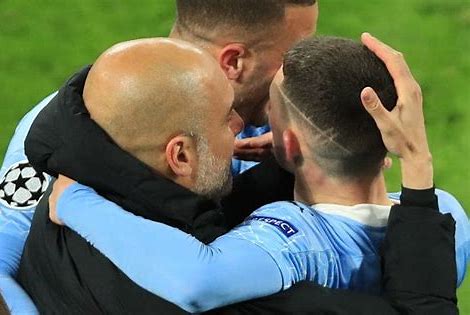 Foden scored in both legs as City defeated Dortmund 4-2 on aggregate.

Phil Foden has risked the wrath of Kylian Mbappe by calling out the World Cup winner ahead of their semi-final showdown.

Last night, Foden and Mahrez scored as City overcame Dortmund 2-1 on the night and 4-2 on aggregate to set up a meeting with French champions, Paris Saint-Germain, in the Champions League semi-finals.

After City’s big victory in Germany, last night, Foden appeared to reach out to Mbappe by tweeting him and tagging him in an Instagram post with the same caption.

The posts caused quite a stir on social media, before, an hour after they had first been uploaded, both posts were deleted.

Some fans joked that Mbappe had probably never even heard of the Englishman.

While others thought it was a good move to incite some mind games with their star-studded opposition.

However, it is understood that Foden knew nothing of the posts and that they were posted by the company who manage his social media accounts – much to the annoyance of the player and those closest to him.

But, it does add a bit of spice to what will definitely be quite the spectacle, as two of the best young talents in the world go head-to-head as they search for Champions League glory.