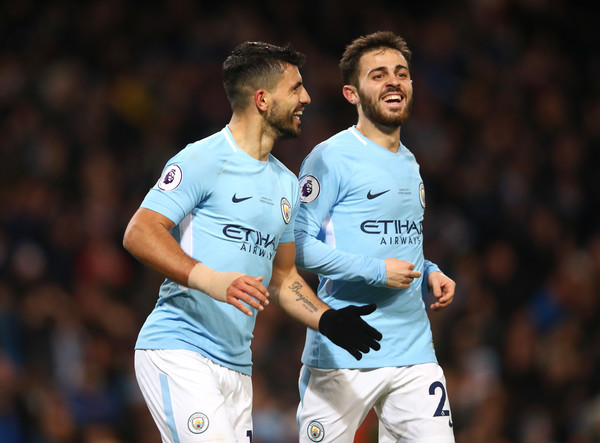 Speaking after City’s 3-0 win, he said: “Very happy! Everyone knows how important he is for us. “He’s one of the best players that ever played for this club”.

“He’s a goal scorer and he’s just a fantastic guy to have in the dressing room, for the atmosphere, for the vibe, so good to have him back.”

Sergio Aguero returned on the scoresheet after returning from another injury layoff. The striker tapped into an empty net in the 77th minute after Nathan Ake’s header was parried away by Marseille’s goalkeeper.

We have missed Aguero dearly. City have been having a goal scoring problem in the Premier League. The team is struggling to create chance. Even if they create them, there is trouble putting them away.

Things have improved in the last 2 games. City put 5 past Burnley and then 2 past Fulham to move up the table. They are currently 7th in the table with 17 goals scored in 10 games.

Aguero would be on the bench against Man United in the Manchester Derby. Gabriel Jesus may start the game. The Argentine is expected to have a big impact of the bench.

Guardiola: ‘Aguero has no chance of starting the derby’
Gundogan a doubt for United clash after picking up a knock