The CFG have announced Club Bolivar as their first partner club. 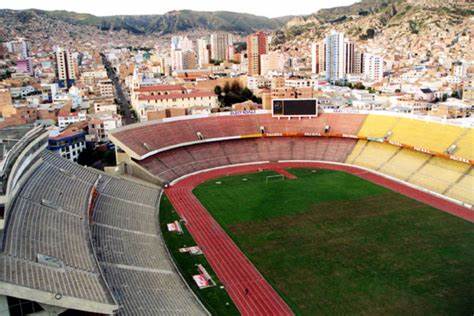 In September, French side, Troyes, became the 10th team acquired by the CFG.

However, the City Football Group, has not taken a stake in Bolivia’s biggest football club.

Instead, the deal will allow the sharing of strategic advice, expertise and technology with the 29-time Bolivian champions.

“We are very pleased to grow our global presence through this important collaboration with Club Bolivar, City Football Group’s first Partner Club. This long-term agreement is the first of its kind and will enable Club Bolivar to draw down on and utilise the wide range of football industry expertise developed by City Football Group. As well as supporting Club Bolivar’s ambitions, we have an opportunity to learn. Our work in Bolivia will certainly strengthen our knowledge of, and network in, South American football.”

“Club Bolivar is the biggest and best club in Bolivia with a rich and successful history. We are excited by Marcelo’s vision for the Club and we are looking forward to working together and striving to help Club Bolivar achieve very ambitious goals in the coming future.”

Whilst, Marcelo Claure, President of Bolivar, described it as a “dream”, and said that being a partner club of the CFG, will “enable Club Bolivar to become even bigger”.

In addition to building “world-class” facilities, the CFG have said that Club Bolivar will have access to “advice on scouting and coaching methodologies, youth academy development strategies, sports science and more”.

Sterling: ‘De Bruyne and Dias are the leaders of the dressing room’
Aguero to leave Manchester City the end of the season