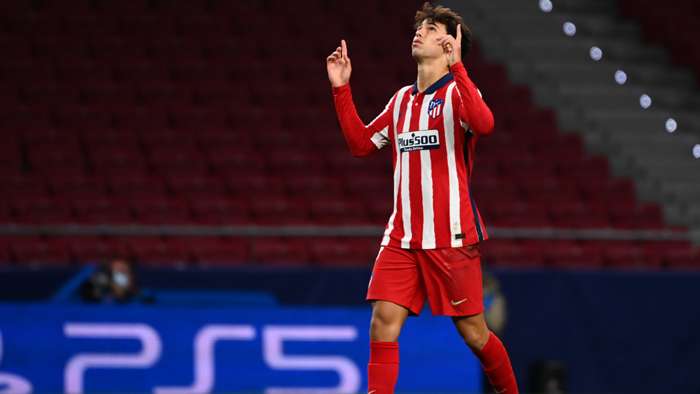 According to a report by Todofichajes, Manchester City are thinking about signing Joao Felix from Atletico Madrid.

City are ready to put an amount close to €130 million on the table to buy the the Portuguese international.

Joao Felix has been a sensation since his arrival on the European stage with Benfica.

Man City were one of the clubs interested in signing him in 2019 when he moved from Benfica to Atletico Madrid.

Man City are facing a striker crisis in Present times.

Both Sergio Aguero and Gabriel Jesus are currently sidelined. The club are without a specialist striker at the moment. Wingers Raheem Sterling and Ferran Torres are being forced to lead the line.

Aguero’s contract situation also needs to be addressed before a decision is made.

The Argentine International’s contract ends in the summer of 2021. Pep Guardiola also said that Aguero’s physical condition would be a big factor before making a decision regarding contract extension.

These are some of the reasons why Man City are making a striker shortlist for the next transfer windows.

The current inhabitants of this list are said to be Kylian Mbappe, Erling Haaland and Patson Daka.

If he arrives, Joao Felix would be comforted by the Portuguese presence in Man City.

Joao Felix is valued at €80 million by Transfermarket. But, he is expected to cost more than that.