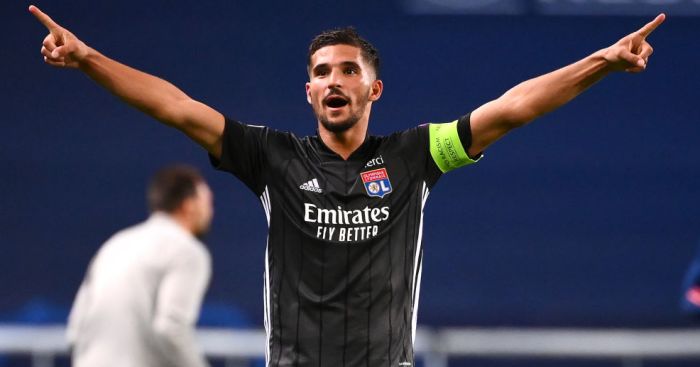 Manchester City target Houssem Aouar has put a halt to the rumors linking him to the exit door.

Speaking to RMC Sport via GFFN about his future, Aouar said:

“That is something that I do not understand rumors that he is unhappy at Lyon”.

“I am very happy to be here, I took the decision to stay with the club that formed me, I savor every day I have here”.

“Everything that I want, is to put this club back in its rightful place with my team-mates”.

“I am very happy to be here, we have an enormous amount of ambitions for this season.”

Houssem Aouar was heavily linked to a exit from Lyon in the summer. Big European clubs such as Juventus, Man City, Man United and Arsenal were interested in him.

Although despite Lyon sporting director Juninho’s resignation to losing the midfielder, he did not leave.

Manchester City have been monitoring him for a long time. Pep Guardiola also likes him very much.

Houssem Aouar is valued at €50 million by Transfermarket.