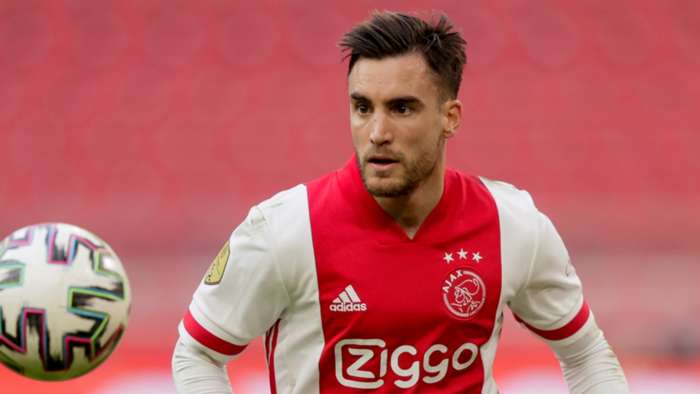 His new contract will keep him at Ajax till 2023.

However, According to the Daily Mail, Tagliafico’s contract has a clause which will let him leave the club next year if a foreign offer comes around.

Tagliafico was the subject of a lot of interest this summer. He was being chased by Premier League giants Chelsea, Man City and Man United.

Though, with Chelsea opting to go for Ben Chilwell and United signing Alex Telles, the coast is clear for City to make a move if they want to add competition for Benjamin Mendy.

The Left-back position has been a source of frustration for Pep Guardiola since he took over at the club. The arrival of Mendy hasn’t worked out as planned and Joao Cancelo is playing out of position at the moment.

Mendy’s continuous injuries are putting City in a pickle. They won their last two Premier League titles with out of position players playing there.

If a move for David Alaba’s doesn’t pan out, City may seriously consider moving for Nicolas Tagliafico. He is valued at €20million by Ajax.