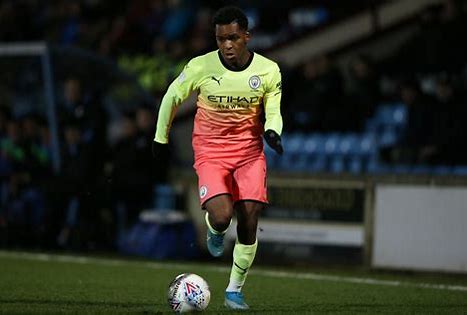 Manchester City youngster Jayden Braaf has sealed a loan move to Udinese for the second part of the season.

The talented youngster had hardly been involved at youth level this season for City and had made just two appearances amid uncertainity around his future.

Braaf, despite being regarded as one of the best young players at the club, had been unhappy at the lack of first-team opportunities he had been given.

The talented player had been compared with former City youth graduate, Jadon Sancho, however, he has failed to start regular training with the first-team.

There had been rife speculation throughout the transfer window before Udinese swooped to sign the 18-year-old on deadline day.

Braaf had been previously linked with Bundesliga club Bayer Leverkusen.

Udinese manager, Marco Gotti, confirmed the move on Sunday and also declared his excitement of the move.

The Dutch winger will join the Italian clubs on a six-month loan until the end of the season and City have not put an option to permanently buy the winger in the contract.

City scouts will be keeping a watchful eye on the 18-year-old’s progress and will hope he can kick-start a career that had appeared to stall at Manchester City.