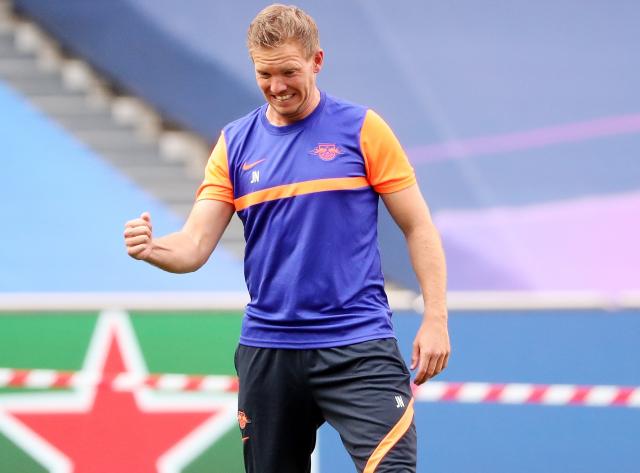 According to The Daily Mail, Nagelsmann is on City’s radar in case Pep Guardiola decides not to renew his contract by the end of this season.

Guardiola’s contract with Man City ends in the summer of 2021.

City are happy to let Guardiola make his decision in peace, but they want to prepared in case the Spaniard decides to leave.

Though, Guardiola claims his uncertain future will not have an impact on performances, some members of the squad are left wondering who they will be playing under next season.

City still prefer to keep Guardiola beyond this season but doubts are beginning to emerge over whether the Spaniard is keen to stick around any longer.

With time ticking away faster than anyone can comprehend, nobody in the City Football Academy offices is any the wiser to whether Guardiola will be in charge next summer.

Man City have seen Mauricio Pochettino firsthand in their many games against Tottenham in the Premier League. The Argentine’s impressive style of football at the North London club have seen him linked to Real Madrid, Man City, Juventus and Man United.

Similarly, Man City have played against Naglesmann’s Leipzig in the Uefa Champions League. His attractive style of football has turned heads in the Bundesliga and the rest of Europe too.

Manchester will get a close glimpse of Naglesmann’s way of football this week when RB Leipzig come to town to play against Manchester United in the Champions League.