Do Manchester City need to sign a new striker?

With City’s all-time top scorer on his way out of the club the end of the season, do Manchester City need to replace him or do they already have a replacement at the club? 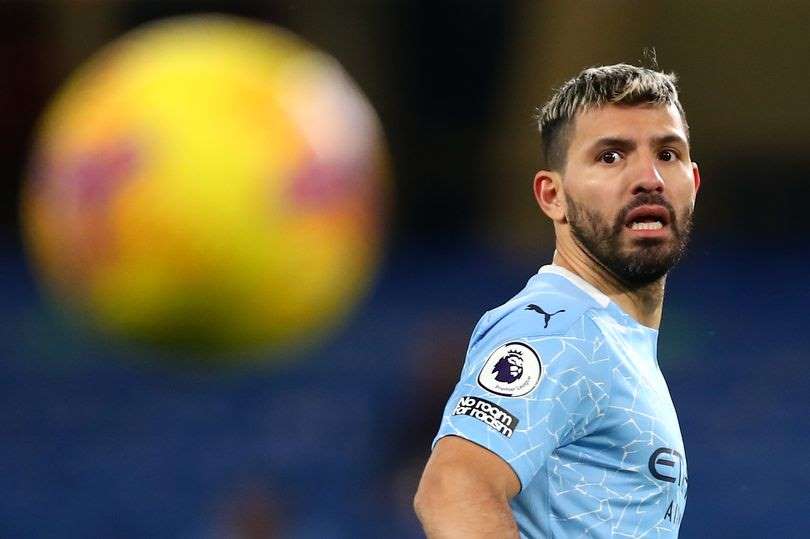 Sergio Aguero is set to leave the club when his contract expires at the end of the season.

The imminent departure of City’s all-time top scorer and legend of the club, Sergio Aguero, is set to leave a significant void at Manchester City.

The Premier League champions-elect have been linked with a range of top-class replacements, including: Erling Haaland, Harry Kane, Romelu Lukaku and Danny Ings.

However, despite being without Aguero for prolonged spells this season, Manchester City have coped amply and remain on course for a historic quadruple.

City have often played with a false nine this season and have been rewarded with a dynamic and fluid attacking force.

When City have needed a striker this season, however, they have called upon the services of Gabriel Jesus, who has delivered more often than not.

So, with Jesus waiting in the wings for an opportunity of regular football, do Manchester City really need to replace Aguero?

Gift of the Gab

Gabriel Jesus has scored 80 goals and created a further 33 in 183 appearances for Manchester City.

The Brazilian striker signed for City from Palmeiras in 2017 and despite being very much second-choice behind Aguero, he has proved himself to be one of City’s most important players.

Jesus is nowhere near as prolific as Sergio Aguero – few strikers are- but, he always seems to get himself into goal-scoring positions inside the penalty area.

Nevin said that Jesus’s “scoring percentages aren’t always brilliant, but he’s there where the centre-forward wants to be”, which was highlighted by his poacher’s finish from close range against Burnley.

The former Chelsea winger then added, “Do Manchester City need a brilliant striker? I actually don’t necessarily think so. They need someone who can put the ball in the net.”

Pat Nevin’s comment might have sounded silly to some, however, this season with Aguero absent so frequently, it has proven that Manchester City can cope without a top-class striker.

So often, Manchester City’s intricate passing play results in a cut-back to the edge of the box or a cross, and as long as City have players like Jesus in the right positions, then they will still score goals.

Jesus is not the most attractive option to take over from Aguero, however, he will score goals and he might just be ready to take the next step up in his career.

When Jesus has not played this season, Guardiola has been left without a recognised striker, so he has instead played with a false nine.

De Bruyne, Bernardo, Torres, Sterling and Gundogan have all played that role this season and it has resulted in a fluid attacking force.

Without a designated striker, Manchester City’s forward players have been given the licence to constantly switch positions, causing havoc for defenders.

Playing without a striker at times this season has not hampered City, who remain on course for an unprecedented quadruple.

Whilst at times this season, City have struggled with the lack of an out-and-out striker, goals have been provided elsewhere, with a good example being City’s top scorer and arguably their best player this campaign – Illkay Gundogan.

Should they decide not to sign a replacement for Aguero, City certainly have the quality to play with a false nine.

Erling Haaland has had very public talks with Barcelona and Real Madrid, and is seen by Manchester City as a viable replacement for Aguero.

However, City will face a battle with some of the biggest clubs in the world to land the striker, who is valued at 150m euros.

Whilst, City can afford the Norwegian, perhaps a cheaper, less-risky option may be better for Manchester City, who have previously been interested in Ings.

Danny Ings is far from a glamourous choice compared with Haaland and Kane, however, like Jesus, he is a goal scorer, and City will be able to land him at a relatively cheap price.

Manchester City have a choice they need to make: they either sign a big-money replacement for Aguero or give Jesus and possibly Danny Ings a chance to shine.

Replacing Aguero is not going to be an easy task for anyone, however, I am inclined to agree with Pat Nevin in thinking that City do not need a brilliant striker with the calibre of players they have at their disposal.