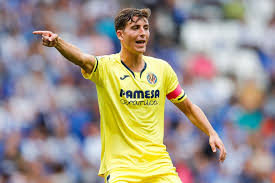 Manchester City are planning to move for Villarreal center back Pau Torres in the summer.

” Manchester City, next summer, [plan] to go for a center-back and we have a new name that Manchester City are considering and are following, so we can add this name to the list for Manchester City. The name is Pau Torres from Villarreal. He’s 23, he’s a good center-back, a good young talent, he has good quality and this is perfect for the Guardiola style of football.

“He’s so appreciated by Guardiola himself, because Pep is looking at Spanish football always and he knows he’s one of the most talented center-backs in Spanish football”.

Romano also revealed that Torres has a release clause of around €50 million which rises up to €65 million in the last 10 days of the transfer window.

Pau Torres was a very crucial part of Villarreal’s defense last season. He averaged an impressive one tackle, 0.8 interceptions and 4.4 clearances every game.

His stats make it clear that Torres would fit well at Man City.

City were very poor defensively last season. The club have tried to rectify it. The additions of center backs Nathan Ake and Ruben Dias are a welcome step in this direction.

The presence of Ake and Dias coupled with Aymeric Laporte can make up the backbone of City’s defense for years to come.

Though, with the futures of Eric Garcia and John Stones still not certain, there is a possibility of City adding a new defender into their ranks next season.