Gabriel Jesus reveals plans to return to Brazil in the future

Gabriel Jesus has admitted that his Palmeiras story is not over yet and he has revealed his greatest moment of his career. 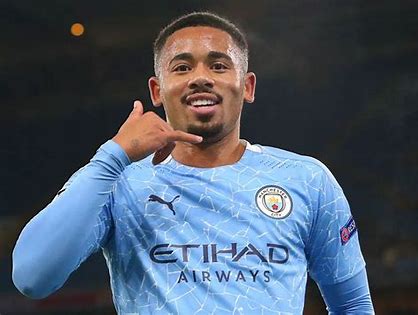 Manchester City’s Brazilian striker, Gabriel Jesus, has hinted at a return to Brazil after his City career finishes.

Jesus signed for Manchester City in 2017 from Palmeiras and has already scored 75 goals for the club.

The striker is still only 23 years old and has a long career ahead of him, however, Jesus has admitted that his story with Palmeiras isn’t over yet.

“I had been a professional for only two seasons in Brazil,” he told the Guardian.

“At the Olympics, when the deal came through, I had this feeling of leaving a beautiful story behind – of giving something back to Palmeiras, you know? The club invested so much in me and I wanted them to feel all the love that I still have in return.

“So, I asked to be with them until the end of the Brazilian season because I wanted to be a Brasileirao champion with that squad, with my friends.

“To be honest, I feel that this was just one chapter of my story with Palmeiras. There will be more in the future.”

Gabriel Jesus also revealed that his gold medal at the Olympics in 2016 was the best moment of his career.

“It’s common to say that a person goes from heaven to hell. In our case, it was the other way round,” he added.

“We had two draws in the first couple of games and people were already thinking we would not win the Olympics. We got together, sorted out what we could improve and it ended up working.

“It seemed like an entire lifetime went by in a matter of days. Then we beat Denmark 4-0 and went on to win it all. We played for each other every game after that and it’s my fondest memory in my career so far.

Joao Cancelo: from an expensive reserve to an integral cog in Guardiola’s Manchester City machine
Pep Guardiola set to reward John Stones with new contract after the Englishman’s impressive season