Guardiola happy for Aguero to stay in England

Pep Guardiola will not stand in Aguero’s way if he wishes to make a shock move to a Premier League side. 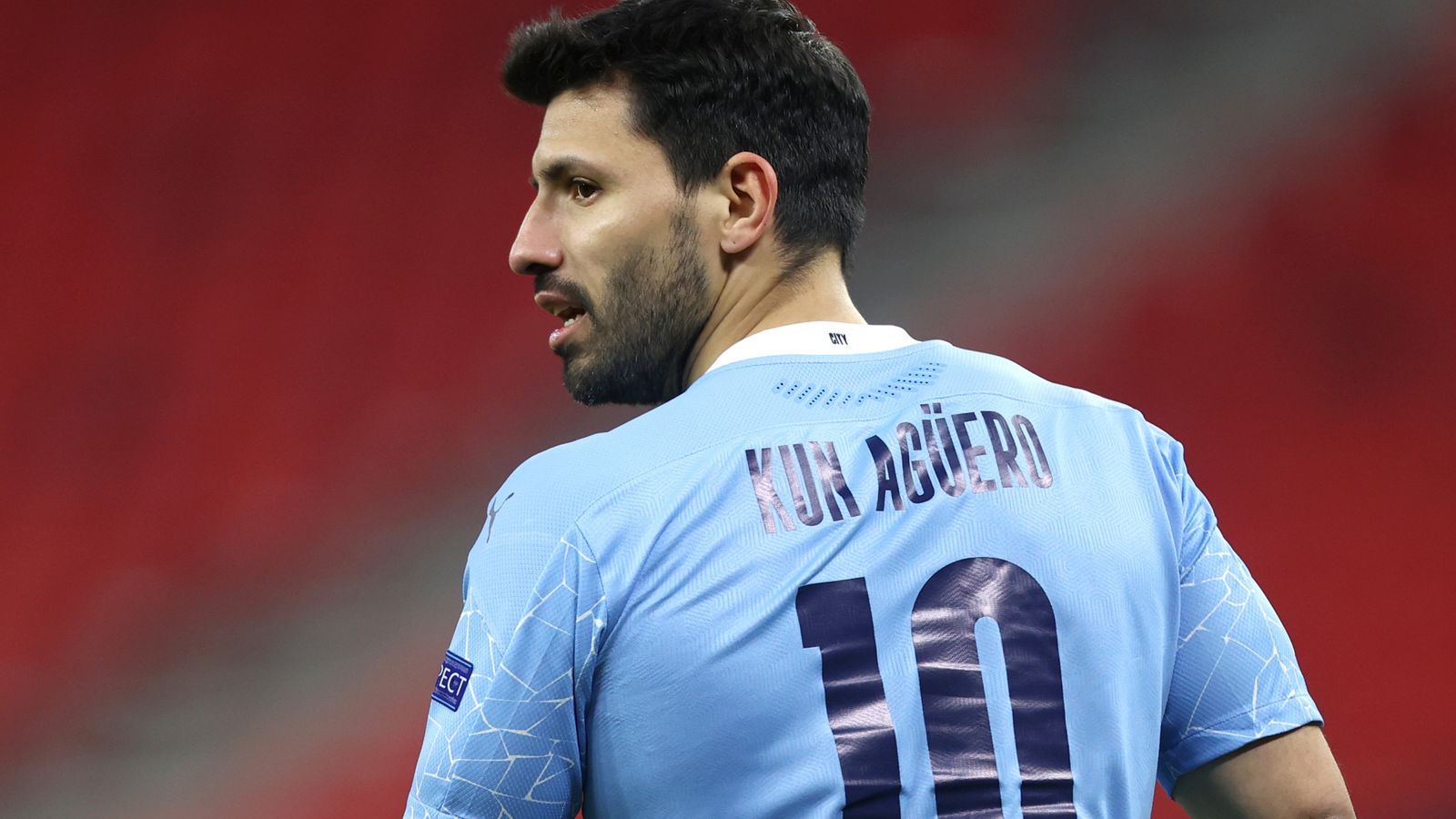 Sergio Aguero will depart Manchester City at the end of the season as a true City legend.

Pep Guardiola has insisted that he would have no issue with Sergio Aguero signing for one of Manchester City’s Premier League rivals.

Nearly two weeks ago, It was announced that City’s all-time record goalscorer would leave the club when his contract expires at the end of the season.

The Argetine striker joined the club from Atletico Madrid in 2011 and he has scored 257 goals for the club.

The City legend’s contribution to the club’s recent success is set to be commemorated with a statue outside the Etihad.

Aguero’s imminent departure has attracted the interest of a number of suitors from abroad, including the likes of Barcelona, but reportedly, Aguero’s preference is to stay in England.

Chelsea are among the English clubs that are understood to be monitoring the situation and despite the possibility of Aguero signing for a Premier league rival, Pep Guardiola believes Aguero’s loyalty should be rewarded with the opportunity to pick his next destination.

‘The best for him, we wish, all of us,’ Guardiola said at a news conference on Friday.

‘Find the best for Sergio for the last years in his career, for sure. We’ll be delighted with the decision he takes, the best for him and his family and his career.

Despite his injury-disrupted season, Guardiola believes Aguero will play a pivotal role in the run-in of the season as his side pushes for a historic quadruple.

‘Everyone must be ready and hopefully Sergio can be ready quick,’ Guardiola added. ‘Sergio is a lovely person with specific qualities and skills. I understand him, I know him, and I understand he needs time to get in the best condition.

‘I said last week. After we announced [his departure] the way he trained, and in the Leicester game, which was so difficult because they defend so deep and so tight, for the strikers it is not easy, he moved well and helped us. He felt something in his leg [and] he was substituted. He is doing better.’