Guardiola may be the ‘greatest manager of all time’ – Neville

Former Manchester United defender Gary Neville has claimed that City boss Pep Guardiola may be the greatest manager of all time. 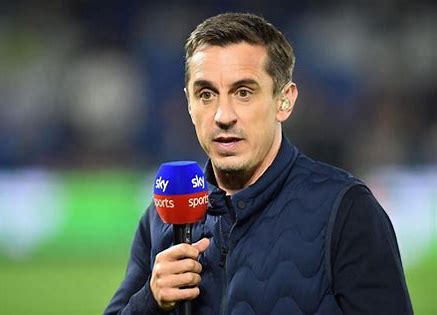 Gary Neville has claimed that Manchester City manager Pep Guardiola may be one of the best managers of all time.

Guardiola won his fourth consecutive League Cup with Manchester City on Sunday, as a late goal from Aymeric Laporte was enough to defeat Tottenham.

City’s triumph was Guardiola’s 25th major trophy that he has won during an illustrious managerial career.

The victory meant that Pep Guardiola’s City side still remain on course for a treble this season.

Former Man United defender Neville, who played under legendary coach Sir Alex Ferguson, has now admitted that City’s Spanish manager might in fact be the best of all time.

“You just have to recognise Man City’s outstanding football, the outstanding achievement of winning this trophy four times on the bounce,” Neville said on The Gary Neville Podcast after City’s Carabao Cup final win.

“Pep Guardiola has an outstanding record in cup competitions, it’s 14 victories and one defeat in 15 finals, it’s absolutely out of this world. The football they play is magnificent, it really is.

“I think Man City may have the greatest manager of all time and we’ll look back in 10, 15, 20 years’ time… just the way he has infiltrated countries, dominated football but also influenced others, I don’t think I’ve ever seen it.

“You look at how he’s won in three different countries [England, Spain and Germany], he’s now dominating in this country. He’s going to win the league title in the next few weeks, that’s three in five years and these are massive achievements – playing the way they play as well, which is with technical players, dominating possession.

“The big one is the Champions League and it’s a huge couple of weeks coming up against PSG, because if they were to win that then they would have a great chance [of winning the competition].

“That would be the cherry on the icing on the top of the cake of Guardiola’s reign at Man City, because I don’t think he can leave without winning it. It would feel incomplete if he left this country without winning the Champions League.

“I know that happened in Germany, but here, Man City will give him the time to do it and it almost feels like he has to so he can say that the job is done.”