Manchester City boss Pep Guardiola praises Haaland but reiterates that City will not spend in excess of £100 million on one player ahead of Dortmund clash. 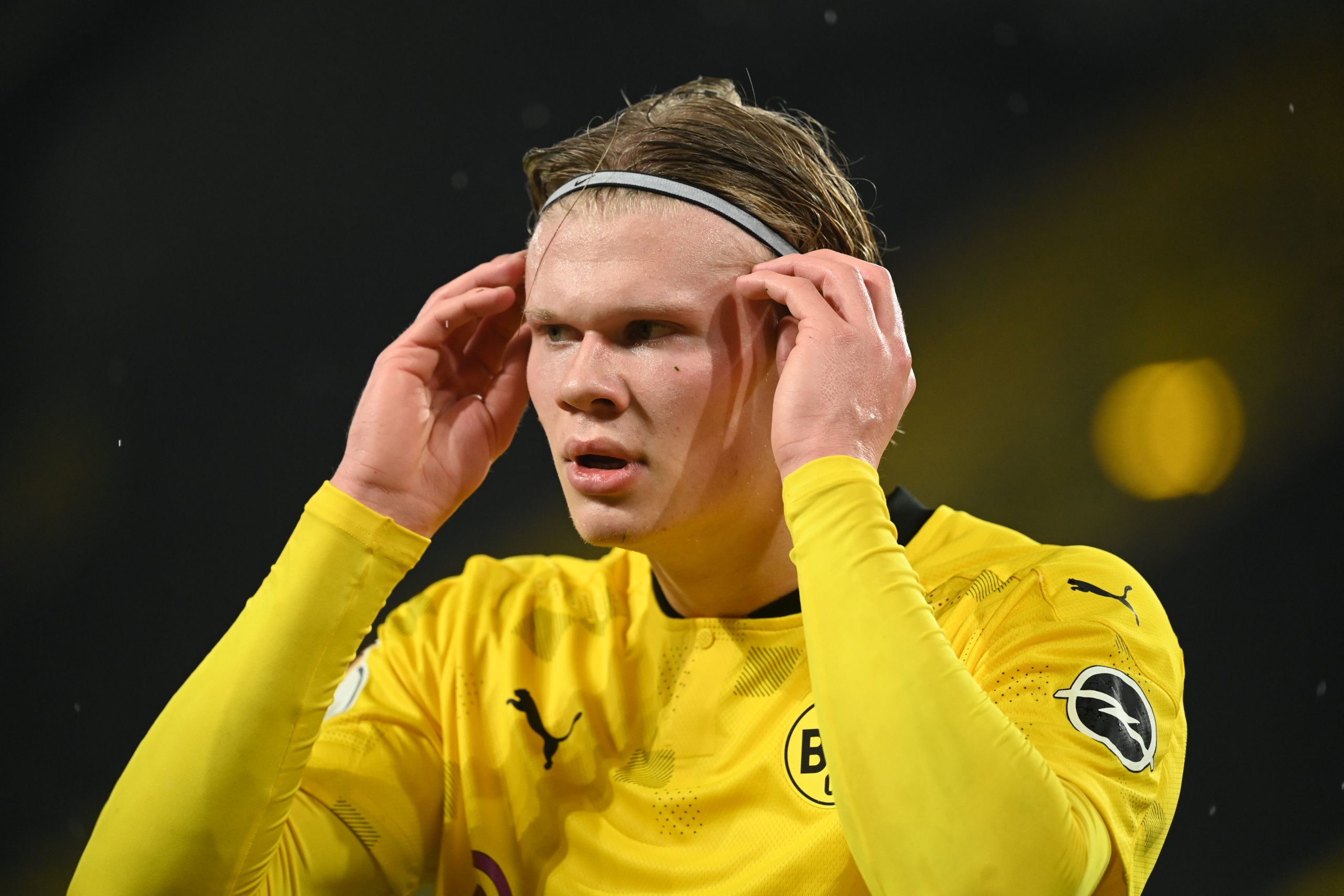 Manchester City manager Pep Guardiola has praised Erling Braut Haaland but again insisted that City will not spend more than £100 million on one player.

City face Borussia Dortmund at home in the first leg of their Champions League quarter-final tonight.

“So far the club has decided not to spend close to £100m for a player,” said Guardiola.

“Football is a team game, everyone contributes. It’s not just one player.”

Borussia Dortmund are said to value Haaland, who has scored 39 goals this season for club and country, at 150m euros.

City had been linked with a move for the young striker as a replacement for club-record goalscorer Sergio Aguero. However, Guardiola feels the fees currently being quoted are too high.

“The fact we have not spent, for one player, a lot of money, gives you advantage,” added Guardiola.

“The only thing I can say is that, with his age, Haaland is an exceptional striker.

“Maybe in the future [spending more than £100m on one player] is going to happen if they decide it is necessary to improve the team for the next five, 10 years, for many reasons. But so far the club, the organisation, the CEO, the sporting director decided not to do it and that’s why they didn’t do it.”

Manchester City’s record signing is still the £62.5 million they spent on Rodri in 2019.