Pep Guardiola praises West Ham as City extend their winning run to 20 games and their lead at the top of table to 13 points. 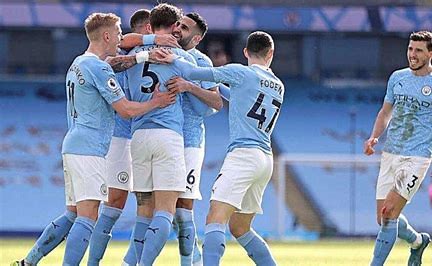 Manchester City extended their winning run to 20 matches, as defensive duo, John Stones and Ruben Dias, turned into unlikely scorers to see off a spirited West Ham side.

City were far from their sparkling best but overcame a late scare to defeat the Hammers and win again, moving 13 points clear at the top of the Premier League.

The visitors became the first team to score at the Etihad since Liverpool in November and are still in the race for a Champions League spot.

Pep Guardiola was full of praise for David Moyes and West Ham United in his pre-match press conference.

The City boss spoke of his ‘admiration’ for the Scotsman’s longevity and even made a surprise comparison to ‘Buddha’.

West Ham certainly did not disappoint and whilst City dominated possession, the Hammers were always in the game and could’ve snatched an equaliser in stoppage time.

“After 10-15 minutes today we realise we are not going to paint anything beautiful. Second half we were much better than the first half. When you play a lot of games, in the league and then the Champions League, this is normal.

“We were lucky to get all three points. The mathematics matter at the end of the season.”

“We knew what they’d do, their position in the table speaks for itself- a lot of credit to them, they gave us a great game.

“We had to focus until the last minute.

“We weren’t at our free-flowing football best, like we have been in recent weeks, but that’s because of the way they set up against us.  “We showed real character in the second half.”

Manchester City will look to extend their incredible winning run to 21 games on Tuesday, when they face Wolverhampton Wanderers in the Premier League.