Guardiola warns his City stars not to get complacent

Pep Guardiola has warned his City players that if they get complacent then they will be dropped from his side. 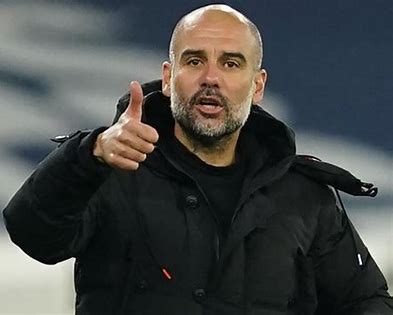 Manchester City are 12 points clear at the top of the Premier League table.

Manchester City manager Pep Guardiola has warned his Manchester City players that if they get complacent during City’s title charge, they will not play.

The victory – coupled with nearest challengers Manchester United’s subsequent draw with Chelsea and Leicester’s defeat by Arsenal – left City 12 points clear at the summit with only 12 games left to play.

On Tuesday 2 March, Manchester City have an opportunity to extend that lead to 15 points when they face Wolverhampton Wanderers, for 24 hours at least.

It has been another brilliant season for Manchester City and an unprecedented quadruple is still not beyond the realms of possibility.

However, Pep Guardiola has warned that he will drop players if complacency kicks in.

The Spaniard said, “We know each other quite well and they know how demanding I am. We’ve had three sunny days in Manchester but we do not relax (for) one second.

“When every individual player can improve, the team will improve. That’s why always we can do better. That is the target.

“As much as we win and get results, we have to demand and be over the players and say we can do better.

“The moment when I feel that everyone is thinking the job is done, or how good it is, this guy is not going to play.

“I’m so intuitive to know exactly the guys who are not ready to continue what we have to do.”