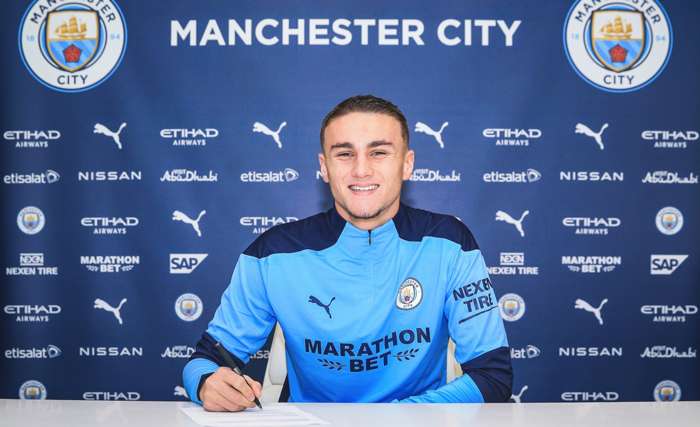 Manchester City defender Taylor Harwood Bellis opened up about life at the club and his expectations after signing a new contract at the club.

Speaking after the announcement, he said: “Going back 18 months, I wouldn’t have thought I’d be in this position, but I just have to be grateful that I’ve been given the opportunity and that I took it well. It’s been like a rollercoaster, playing in games I never thought I’d play in.”

“I am happy with my progress. I am at the right place to keep improving and developing. I’m just so glad this contract is all sorted because it now means I can concentrate on improving further and achieving my goals.”

Harwood Bellis’s new contract would keep him at the club till 2024.

The young defender is in prime position to enter Man City’s first team if Eric Garcia or John Stones leave next year.

Harwood Bellis is though off as the future of Man City’s defense. He maybe the captain of the club after a few years if he does break into the squad.

Rodri:’ I have no regrets over joining City’
Zack Steffen looking forward to his 1st UCL start