Here is why Man City should move for Lautaro Martinez 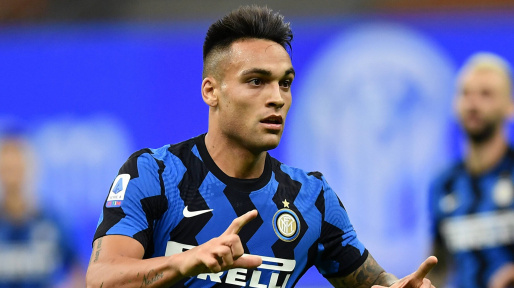 Manchester City need to find a suitable replacement for their star striker Sergio Aguero. Aguero’s time at City may be coming to an end, with his contract up for renewal this summer.

City can find a good replacement in Inter Milan forward Lautaro Martinez, and here’s why they should sign him.

Lautaro Martinez is a young talent who has showcased his abilities to perform at a big level. He is the type of player who likes to score goals for fun. Martinez is certainly capable of creating goal-scoring opportunities for himself if he is not provided sufficient service.

Lautaro Martinez is a very good at dribbling. He can take on defenders easily, can win and score headers proficiently and lay off balls to his teammates to create chances.

Martinez is the kind of striker who has all of the skill sets required to play for any big team.

A striker with top class finishing, Martinez makes the most of situations and often looks to exploit gaps in opposition defenses. He doesn’t just contribute to attacking phases but defensive too. His pressing from the front unsettles the enemy lines.

The Argentine is guilty on many occasions of straying offside on multiple occasions. He is also not adept of taking down long balls and holding up play. He has the tendency of taking shots whenever he gets a chance.

Given his profile, Lautaro Martinez would be a like for like replacement for Sergio Aguero. He already has Aguero’s endorsement for the position. With Kevin De Bruyne in the midfield, the link-up between the two would be dynamic.