Joao Cancelo: from an expensive reserve to an integral cog in Guardiola’s Manchester City machine

Joao Cancelo has proved the doubters wrong and has enjoyed a stunning season so far for Manchester City. 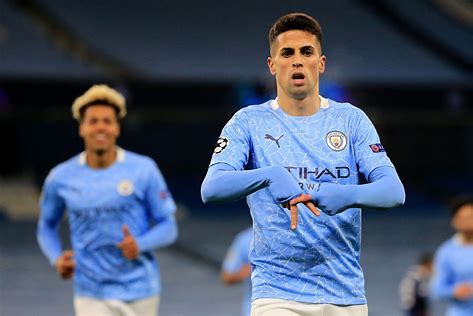 Eyebrows were raised after Joao Cancelo signed for Manchester City in a deal equalling £60 million, before only making 17 league starts in his debut season.

The deal that brought him to the Etihad made him the most expensive right-back ever.

However, in his first season at the club, Cancelo failed to impress, with Pep Guardiola often favouring Kyle Walker in place of the 26-year-old.

Joao Cancelo’s starts for Manchester City in the 2019/20 season often saw him fill in at left-back, a position which Cancelo, as a right-footer, never looked entirely comfortable in.

But halfway through this campaign and Joao Cancelo has been one of Manchester City’s best performers and is finally showing Manchester City why they splashed out £60 million on him.

His development under Guardiola, this season, has been truly astonishing.

So, just how has the Portuguese defender turned his Manchester City career around?

Joao Cancelo’s development this season has come from the Portuguese defender playing in a tucked-in position off the right.

With the ball, he’s a central midfielder and without it, he’s a full-back. It’s become the Cancelo position.

The decision to play Cancelo in such a role has offered a new dimension to Manchester City and has proved to be a masterstroke by Guardiola.

Cancelo’s role provides a different option that no other side in the league has and for Manchester City it has proved to be the last piece in Guardiola’s jigsaw.

While in possession Cancelo is an extra midfielder and provides creativity and a quick turnover from defence to attack and out of possession Manchester City still have four defenders.

Cancelo was an attacking full-back at Juventus and was one of the best full-backs in the Europe in possession of the ball.

This quality has shone through this season and in his new position he is thriving.

Joao Cancelo has been phenomenal this season and because of his advanced position, he is so often Manchester City’s main source of creativity.

After arguably his best performance of the season against West Brom, last week, he had recorded creating 30 chances this season – the most of any defender in the Premier League.

A fine example of this creativity was against Cheltenham in the FA Cup, as he made a huge difference off the bench, taking just four minutes to find Phil Foden with an important equaliser to keep a giant-killing at bay.

His impressive passing range and awareness when to break forward has been evident for all to see this season.

With Manchester City missing the injured Kevin De Bruyne, Cancelo will provide another source of creativity that few defences can stop.

Joao Cancelo’s incredible season is credit to his determination and quality, his unique ability and his fantastic creativity. He has been one of City’s best players this season and long may it continue for the Portuguese star.