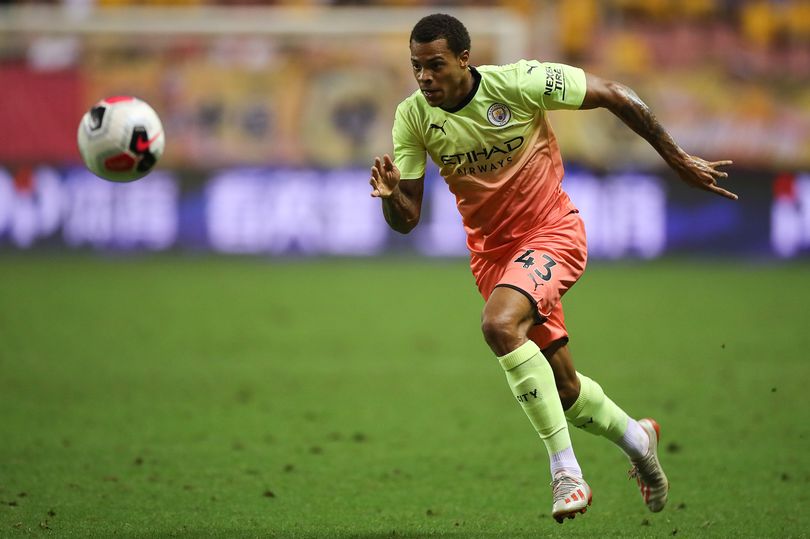 Lukas Nmecha is on loan to Anderlecht from Man City.

“I remain cautious with statements about Lukas“.

“He’s a complete striker but this was not his best match“.

“He can do even better and in time it will become clear to everyone what a top talent he actually is.“

Nmecha scored 2 goals to secure the 3-1 win over Kortrijk.

A Youth academy product, Nmecha is regarded very highly at the club. He has featured 2 times for the club, scoring his goal in a penalty shootout against Leicester City in the EFL cup.

The lack of playing time has lead him to be loaned out. He has played for Preston North End, VLF Wolfsburg and Middlesbrough before joining Anderlecht.

Nmecha’ success in Belgium will warm the hearts of the fans, specially considering the current striker crisis at Manchester City.