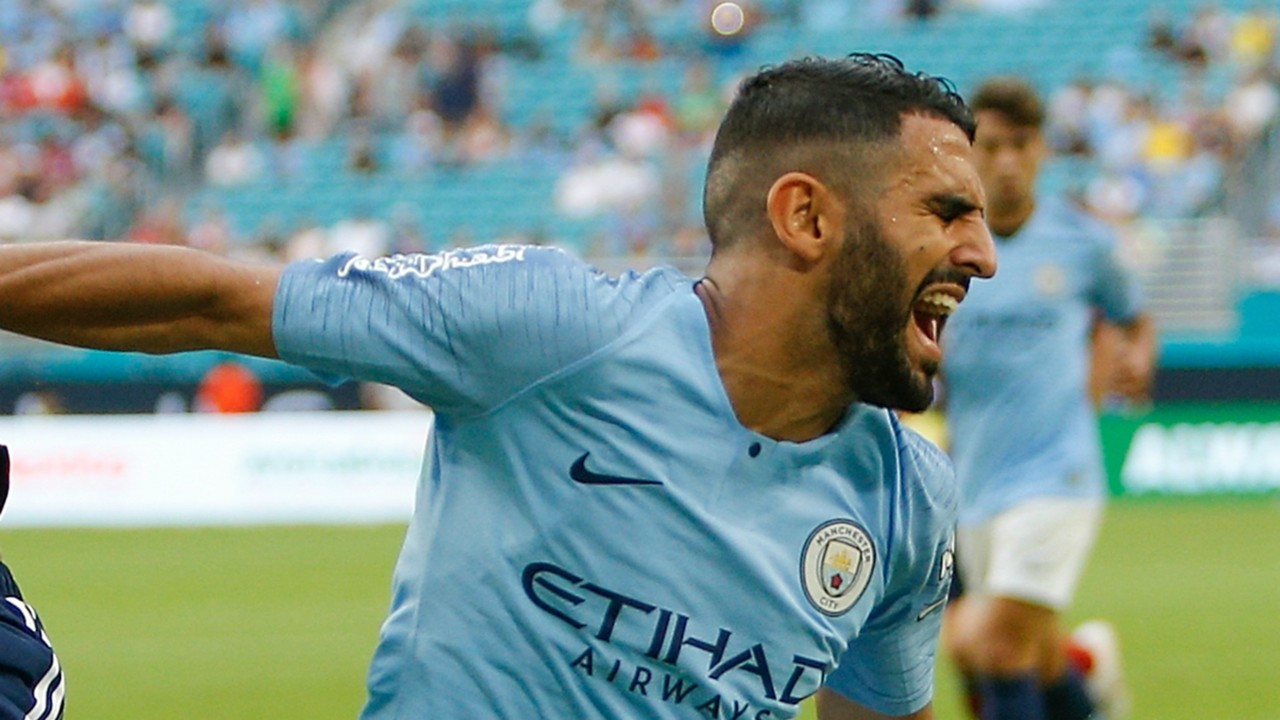 Manchester City have been given good news on Riyad Mahrez, with the Algerian international given the all-clear after an ankle knock threatened to sideline him for Sunday’s Community Shield final with Chelsea. Mahrez picked up the initial injury against Bayern Munich in last Saturday’s pre-season friendly and wore a protective boot after being brought off which had fans fearing the worse.

However, the former Leicester City winger had a scan on the ankle which has revealed no significant damage. Mahrez could now be in the squad to face Chelsea, but it’s highly unlikely he will start the match. He joined the Sky Blues on July 10 for £60m and could be pushing for a regular spot in the starting lineup when fit. With so many options in attack, Mahrez’s absence wouldn’t harm City too badly.

Mahrez could start ahead of Sane

Manager Pep Guardiola was desperate to procure his signature this summer, so he’ll be relieved to see Mahrez hasn’t sustained a serious ankle injury. The 27-year-old has stiff competitions for a starting place – Raheem Sterling, Leroy Sane, Gabriel Jesus, Bernardo Silva – but it could be Sane who makes way for the new arrival.

Guardiola has been public about his criticism of the German international in pre-season, suggesting Sane still need to do a lot of work off the ball before he’ll be ready for the new campaign, so Mahrez has every chance of leapfrogging the 22-year-old in the pecking order.

“It depends on him. He needs more minutes and he needs to regain his principles in terms of playing without the ball. He has the talent to do that. Still, he is far away from his best,” Guardiola said.

Despite Sane coming off the back of an outstanding season with City, Mahrez is a proven talent in the Premier League and will soon get among the goals and assists in a City shirt. He shone in his final year at Leicester and is adept in transition – turning defence into attack in a matter of seconds – which will hold him in good stead at the Etihad.

City were nearly ruing their bad luck with Mahrez’s ankle injury, with Guardiola admitting he was “concerned” at the time. But now the forward could play an important role in the side this season. With Bernardo Silva having struggled for form and playing time in 2017/18, there’s reason to believe the Algerian international is somewhat of a successor.

Zinchenko to stay at Manchester City but is he good enough?
Why aren’t Man City making an official bid for Pjanic?