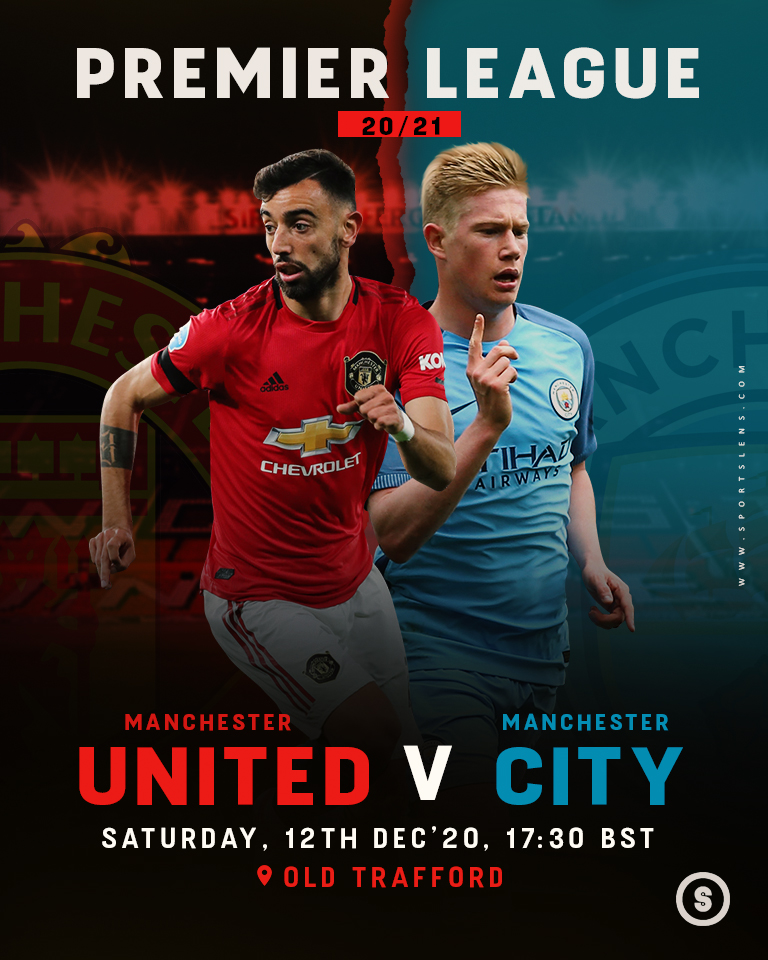 Manchester City are scheduled to face Manchester United on the road in the first Manchester derby of the season on Saturday.

The Cityzens have picked up momentum over the past weeks and they are currently unbeaten in five games across all competitions.

In the Premier League, they have registered back-to-back wins since the 2-0 defeat at Tottenham Hotspur last month.

The victories have taken them to seventh on the league table with 18 points, six behind league leaders Spurs with the game in hand.

Pep Guardiola’s side were victorious in midweek with a 2-0 win over Marseille in the Champions League where Sergio Aguero made his injury comeback.

They are scheduled to face the Red Devils at Old Trafford on Saturday and will be aiming to take revenge for the previous season’s results.

United, who are currently one point and one place above them, won both league meetings last term and also won the second leg of the Carabao Cup semi-final, but lost out on aggregate (2-3).

Pep Guardiola’s side have been average on the road with just eight points accumulated from five matches. However, they will be boosted by United’s poor home run. The hosts have picked up only four points from a possible 15 at Old Trafford this season.

The Cityzens have an excellent record at Old Trafford over the past nine seasons. They have won six of the previous nine league meetings at the stadium. No other team in the top-flight has managed a better run.

United are currently the in-form team in the Premier League with four wins on the bounce, but they have had to come from behind to win three of those matches. All of those comeback victories have come away from home.

The latest Manchester City news is that Guardiola could be without Eric Garcia for the derby after he forced off the pitch with a leg injury in the midweek Champions League clash against Marseille.

Sergio Aguero made his comeback from a hamstring injury with a 23-minute cameo on Wednesday where he found the back of the net. However, Guardiola has confirmed that he won’t start against United.

United, on the other hand, could welcome Edinson Cavani and Anthony Martial back to the matchday squad. The duo were excluded from the midweek Champions League clash at RB Leipzig where United were beaten 3-2 and eliminated from the competition. Ole Gunnar Solskjaer said that their absence was due to ‘minor’ knocks. They are likely to return for the 183rd Manchester derby.

The Cityzens have been quite dominant in the derby over the past decade, but they have recently struggled to cope with United, who have outclassed them with their counter-attacking style of football under Ole Gunnar Solskjaer.

Guardiola will be determined to avoid a third-straight derby loss, but we think a win is on the cards given how often United have gone behind in their last 10 games.

Stats from Transfermarkt.com and Worldfootball.net

A Spurs Fan’s perspective as new-look Tottenham takes on a Manchester City side with a point to prove
Southampton vs Manchester City: Premier League Preview, H2H & Predicted Line-ups