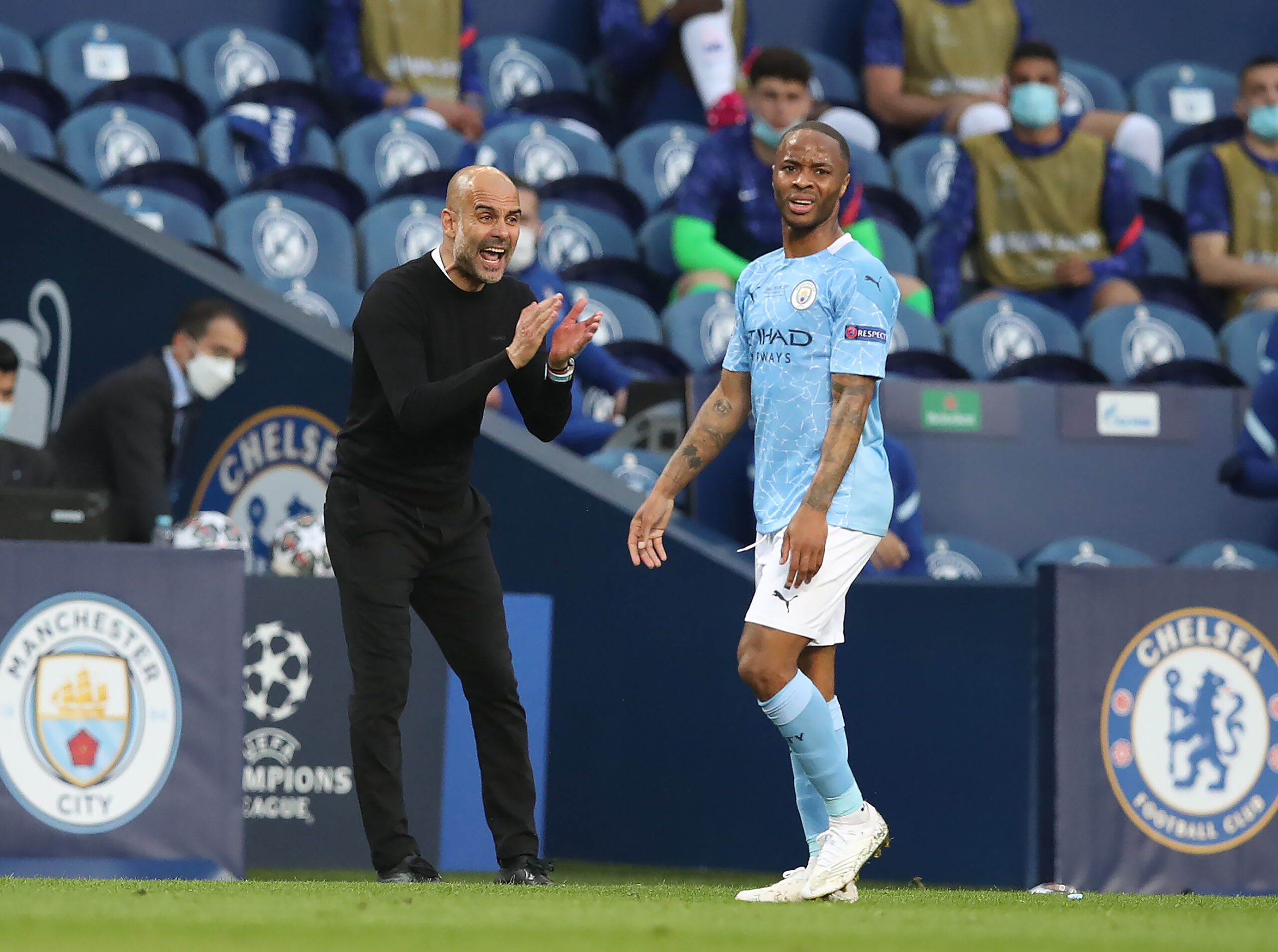 According to the Daily Mail, the reigning Premier League champions believe the 27-year-old winger will commit his future to the club by the end of the season.

Sterling has around 18 months left to run on his current deal at City, with extension talks set to get underway next month.

After falling out of favour with Guardiola earlier this season, the ex-Liverpool star considered leaving Manchester for regular first-team action elsewhere.

However, the two have come to terms in the recent period, with the Spanish manager handing the England international plenty of game time over the past couple of months.

It is fair to admit Sterling has repaid the gaffer’s trust with a series of dazzling performances in the Champions League and Premier League.

Since the start of November, he has registered an eye-catching eight goals and an assist in all competitions, growing increasingly vital to the Spaniard’s attacking set-up.

Guardiola, the mastermind behind Man City’s domestic success over the past half-decade, has made more room for the Englishman heading into the second half of the season.

The Cityzens sanctioned Ferran Torres’ £46million move to Barcelona in December, opening more space for Sterling and his attacking companions in the remainder of the season.

With the Spanish forward now out of the picture, Sterling, who joined City from Liverpool for £49million seven years ago, could be on the verge of regaining his indispensable status at the Etihad.

However, he is understood to be reluctant to make a rush call when it comes to his future, as he would first want to understand his role in Guardiola’s system before making a final decision.

One of England’s headline performers in last summer’s Euro 2020 has been heavily linked with a move to La Liga, with Barcelona and Real Madrid registering an interest.

But both Spanish powerhouses are dealing with financial turmoil, making Sterling’s arrival a mission impossible at this point, which strengthens Man City’s bid to extend the forward’s contract even further.

Yet, if things do not go according to plan, the defending English champions may decide to cut ties with their long-serving stalwart in the summer.

The Cityzens reportedly have a policy of not letting their prized assets enter the last year of their contracts, which could trigger Sterling’s exit unless extension talks come to fruition in the coming months.