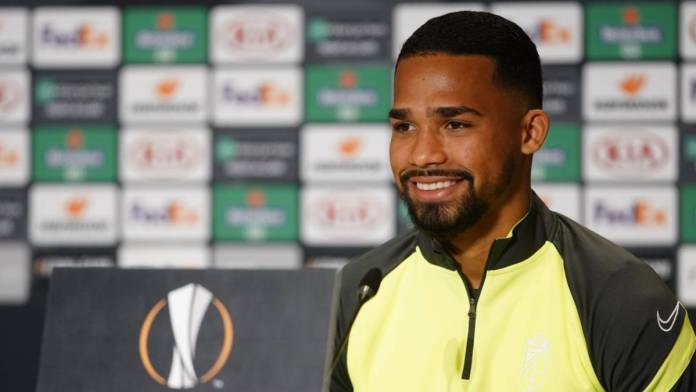 On loan to Granada, Yangel Herrera has scored 5 goals in 8 appearances this season.

A defensive midfielder by trade, Herrera’s attacking contributions come as a welcome surprise to his employers. His output in the offensive side of the game has been crucial in Granada’s impressive early form since the onset of the new season.

For example, just in Granada’s previous match against Getafe, Herrera’s tricky feet inside the box earned him a penalty, helping his side earn a 1-0 win due to his efforts.

Although, his attacking contributions are being talked about more, Herrera is no amateur in the defensive department.

His stats speak for themselves.

The Venezuelan International averages 2 successful tackles, 1 interception and 3.8 aerial battles every game. His all round game play is helping Granada scale new heights in both the La Liga and Uefa Europa League.

Since signing for Man City in the summer of 2018, Herrera has been out on loan. His travels have taken him to New York City FC, Huesca CF and finally Granada.

Though he hasn’t been given a chance to prove himself in the first team, his impressive performances in a top league such as La Liga would surely give him rent free space in the minds of the Man City club officials.