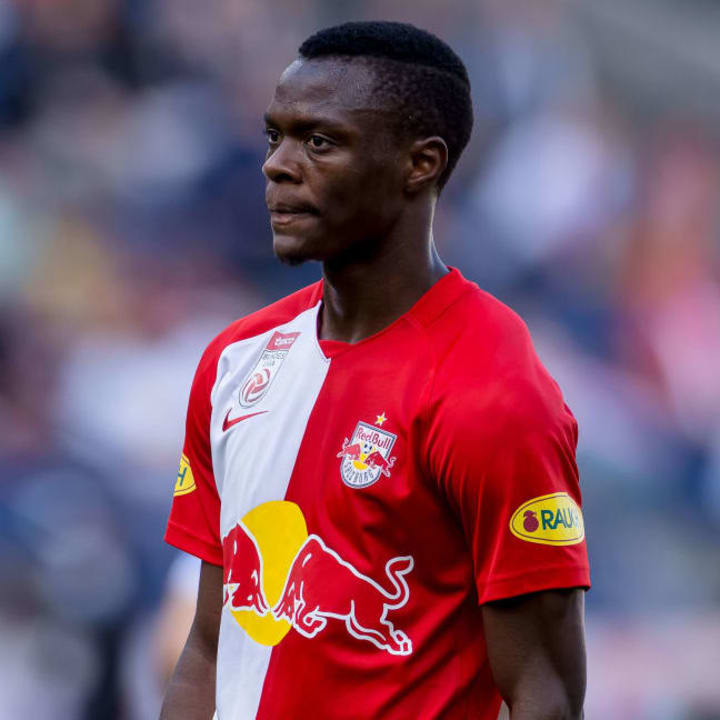 According to an exclusive report by 90min, Manchester City are keeping a close eye on RB Salzburg striker Patson Daka.

He could join the likes of Kylian Mbappe and Erling Haaland on Man City’s list to replace Sergio Aguero.

Patson Daka has been very impressive during his stint at Salzburg. He has effectively replaced Erling Haaland as the club’s talisman.

Man City may face competition from about 20 other teams in Europe for the Zambian International.

City’s striker situation makes the position a priority for the club. They are currently without a specialist striker in the squad, with both Aguero and Gabriel Jesus sidelined due to injuries.

The Argentine superstar’s stay at Man City will come to an end next summer. A contract extension may be on the cards, but no talks have started as of this time.

However, Club manager Pep Guardiola did accept that Aguero’s physical condition would play a big role if the striker wants to extend his contract.

Patson Daka is valued at £20 million by Transfermarket.