Manchester City humiliated Manchester United in a 6-1 victory as the visitors opened up a five point gap at the top of the Premier League table. Braces from Mario Balotelli and Edin Dzeko as well as strikes from Sergio Aguero and David Silva put Sir Alex Ferguson’s men to the sword while a stunning consolation from Darren Fletcher proved futile. The Manchester City statistics cannot be disputed because after weathering the early storm from their hosts, they tore them to shreds and the scoreline fairly reflects that. 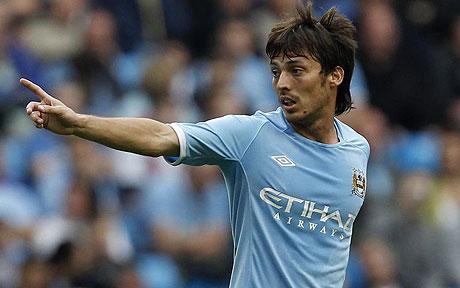 Star of the show: David Silva

The hosts kicked-off in a much brighter fashion to their big-spending rivals as they dominated possession early on. Ashley Young in particular was proving to be a thorn in Manchester City’s defence but the home side couldn’t unlock their rearguard as Wayne Rooney and Anderson were restricted to long-range efforts.

However in the 22nd minute against the run of play, the visitors grabbed the lead. James Milner collected Sergio Aguero’s incisive pass and the Englishman pulled it back for Balotelli, who passed it precisely into David de Gea’s bottom left corner. Ferguson’s men were jolted by conceding as Roberto Mancini’s men finally got a foothold on proceedings and began to enjoy long spells of possession themselves but there were no significant chances before the end of the first half.

Within a minute of the restart, Manchester United’s day got worse as Jonny Evans hauled Balotelli down on the edge of the box. The Northern Irish defender received a red card since he was last man back and their defence never got to grips with their cross-city rivals since then. Mario Balotelli after netting the opener

Balotelli doubled City’s lead on the hour mark when he converted Milner’s cross as Patrice Evra’s indiscipline was exposed at the back. Micah Richards and Sergio Aguero combined to complete the same feat down the right flank as the right-back’s back post cross was converted by the Argentine attacker to make it 3-0 to City.

However with nine minutes left, Darren Fletcher produced a stunning 25-yard curling effort that found Joe Hart’s top left corner as hopes of a United comeback materialised.  But nothing was going to take this day away from the FA Cup holders as Edin Dzeko kneed in Joleon Lescott’s cross in the 90th minute to make the scoreline 4-1.

The Premier League champions defence disintegrated further in injury time when David Silva was allowed to ghost though their sieve-like defence and slot the ball under the helpless de Gea. There was still time for Dzeko to snatch a sixth as he latched onto Silva’s sublime pass and calmly slotted past the young Spanish ‘keeper once again. 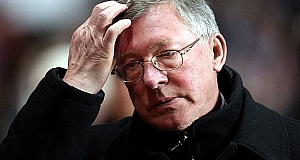 The crushing defeat of Manchester United puts a chasm between the two sides as Man City are now five points clear of them in the race for the Premier League title with a vastly superior goal difference of +26, 12 more than their championship rivals. The size of the win will have a long-term positive psychological effect on Macini’s squad as a powershift looks on the cards in the city of Manchester.