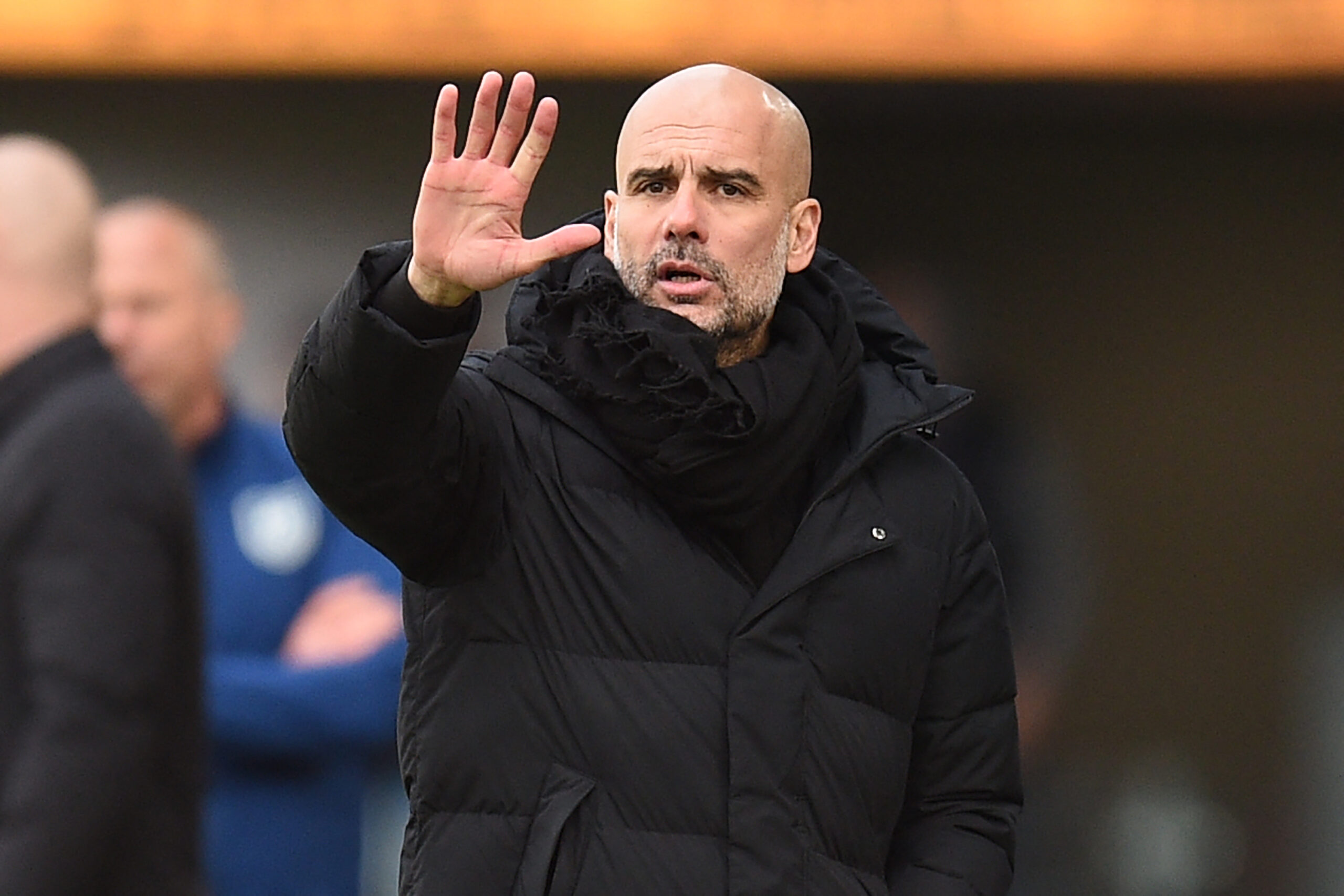 Goals from Kevin De Bruyne and Ilkay Gundogan 25 minutes into a tricky trip to Burnley fired Manchester City back to the top of the Premier League standings.

Despite another landslide victory, the ex-Barcelona boss refused to hide his frustration with the Turf Moor pitch in the aftermath.

The reigning Premier League champions are hell-bent on defending the crown and lifting their fourth league title in the Spaniard’s sixth season in charge.

And while the Cityzens’ sights remain firmly set on maintaining their domestic supremacy, the Etihad chiefs are desperate to win the first Champions League trophy.

Guardiola’s men have been faring well in Europe’s elite competition, but the upcoming quarter-finals tie against Spanish champions Atletico Madrid could prove a stern test.

Man City and Liverpool will go head-to-head at the Etihad in a top-table Premier League six-pointer on April 10.

The sides shared the spoils in a goal-friendly 2-2 draw at Anfield earlier this season as City hit back twice to extend their unbeaten H2H run in the Premier League to four matches (W2, D2).

A mouth-watering top-table showdown will have a significant bearing on the Premier League title run-in, especially given City’s relatively straightforward April schedule afterwards.

Ten days after their clash against the Reds, Man City will take on underperforming Brighton & Hove Albion at home.

Brighton’s underwhelming ‘nil-nil’ home draw with basement boys Norwich City ended their run of six Premier League defeats in a row, yet the Seagulls would hardly enjoy themselves at the moment.

Watford’s visit to the Etihad on April 23, part of the live football on tv that weekend, will provide the Cityzens with another clear-cut opportunity for a routine three points.

After suffering three defeats in their last four league outings, the Hornets are sinking without a trace as manager Roy Hodgson seems incapable of saving the Vicarage Road outfit from another imminent relegation.

Man City’s solitary away Premier League fixture in April will take them to Elland Road for a clash against bottom-half Leeds United on the final weekend of the month.

The Whites have undergone a mini-revival under new manager Jesse Marsch. After going unbeaten in their last three league matches (W2, D1), they are on course to maintain a top-flight status for the third year running.

Atletico crashed Manchester United out of the round of 16, courtesy of a hard-fought 1-0 second-leg win at Old Trafford to set up this blockbuster quarter-finals tie.

Not long ago, Man City would be overwhelming favourites to reach the Champions League league semi-finals, but the Spaniards are back on track after a troublesome start to the calendar year.

The Cityzens will have home advantage for the first leg that will take place on April 5, with the return leg scheduled for April 13 at the Wanda Metropolitano.

On the other hand, the Reds are going after their first title in the competition since 2006.