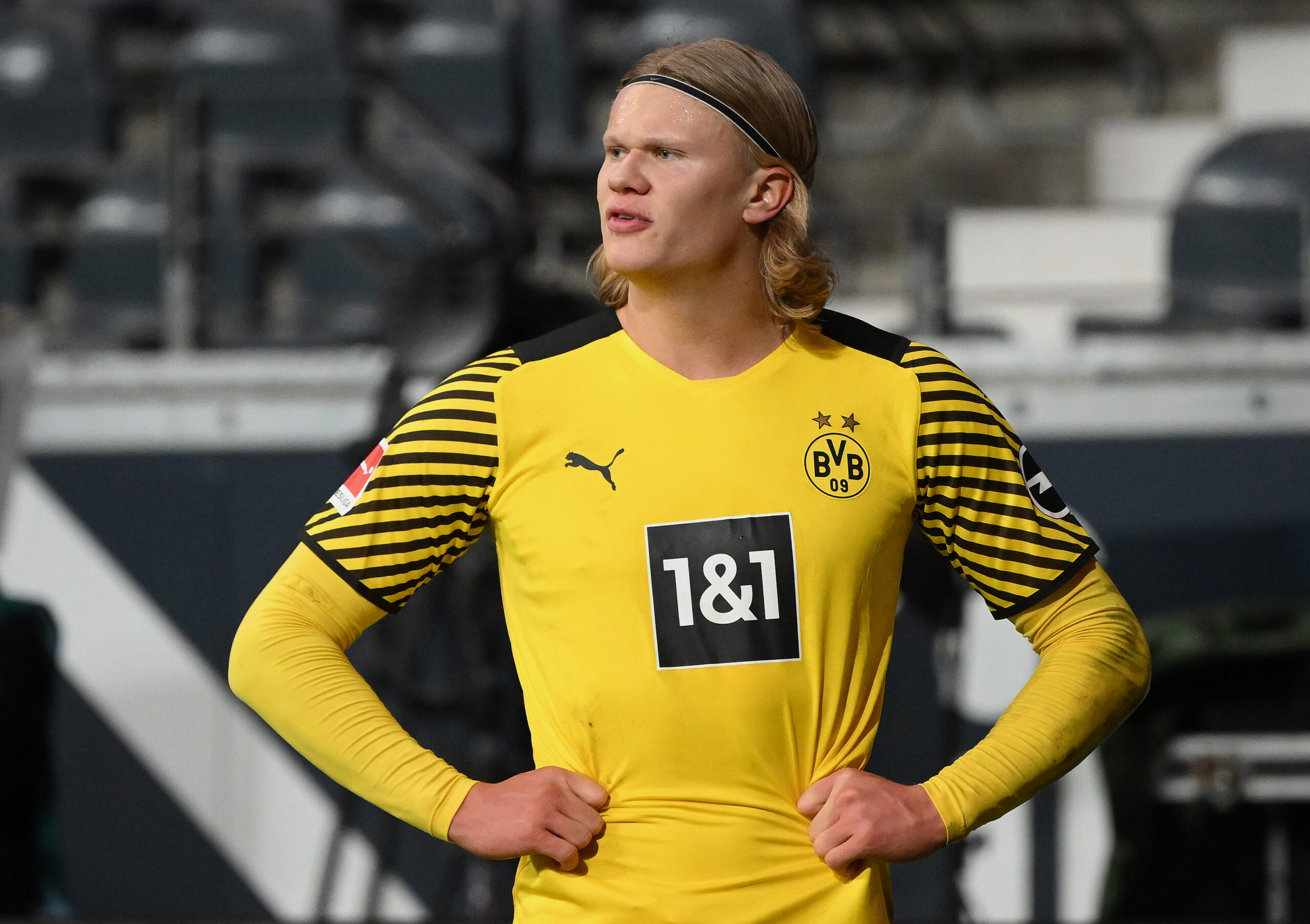 Per Sky Sports journalist Kaveh Solhekol, the Cityzens are now the front-runners to land one of the most coveted youngsters on the planet at the moment.

“If you’re talking about seeing [Erling] Haaland in the Premier League, Manchester City are in pole position,” Solhekol said.

Though their summer pursuit of the England captain came a cropper, there was a genuine feeling the reigning Premier League holders could reignite their interest at the end of the season.

Man City are in desperate need of an out-and-out striker to complement a fearsome attacking department in the wake of Sergio Aguero’s summer departure.

They are growing confident of extending Raheem Sterling’s contract, but that does not change the club’s desire to bring in a top-class striker in the summer.

Considering Spurs chief Daniel Levy has made it clear he has no intention of selling his best players to direct rivals, the Etihad outfit have laid their eyes on Haaland.

But to get to the Norwegian’s signature, Guardiola’s side will have to overcome fierce competition in Manchester United and Real Madrid, amongst others.

With the 21-year-old’s £64 million release clause set to activate in the upcoming transfer window, a very few top European clubs are unlikely to stay immune to the prospect of signing one of the world’s finest talents.

Haaland, who has gone from strength to strength since swapping Red Bull Salzburg for Dortmund in January 2020, boasts scoring prowess off the charts for a player of his age.

Let alone his peers, the Norway international is arguably one of the most lethal forwards in European football, with his numbers up there with the very best.

Despite suffering several injury setbacks throughout the first half of the season, he already has 19 goals in 17 competitive appearances to his name.

Haaland’s ‘killer instincts’ in front of goal have been occasionally missing at the Etihad this season.

With all due respect to Man City’s remarkable scoring output in the Premier League this term, Guardiola’s men have often encountered problems penetrating the so-called ‘park-the-bus’ teams.

That is due to a lack of a robust striker who could change the dynamics of the game and offer City’s ‘tiki-taka’ system a new dimension in the front third.

Given his age and talent, Haaland would not only be an immediate solution but could also address City’s scoring difficulties for the years to come.

Moreover, he has already proved his class in the Champions League, and his ability to shine at Europe’s biggest stage could be the catalyst to bring the long-awaited crown to the Etihad.