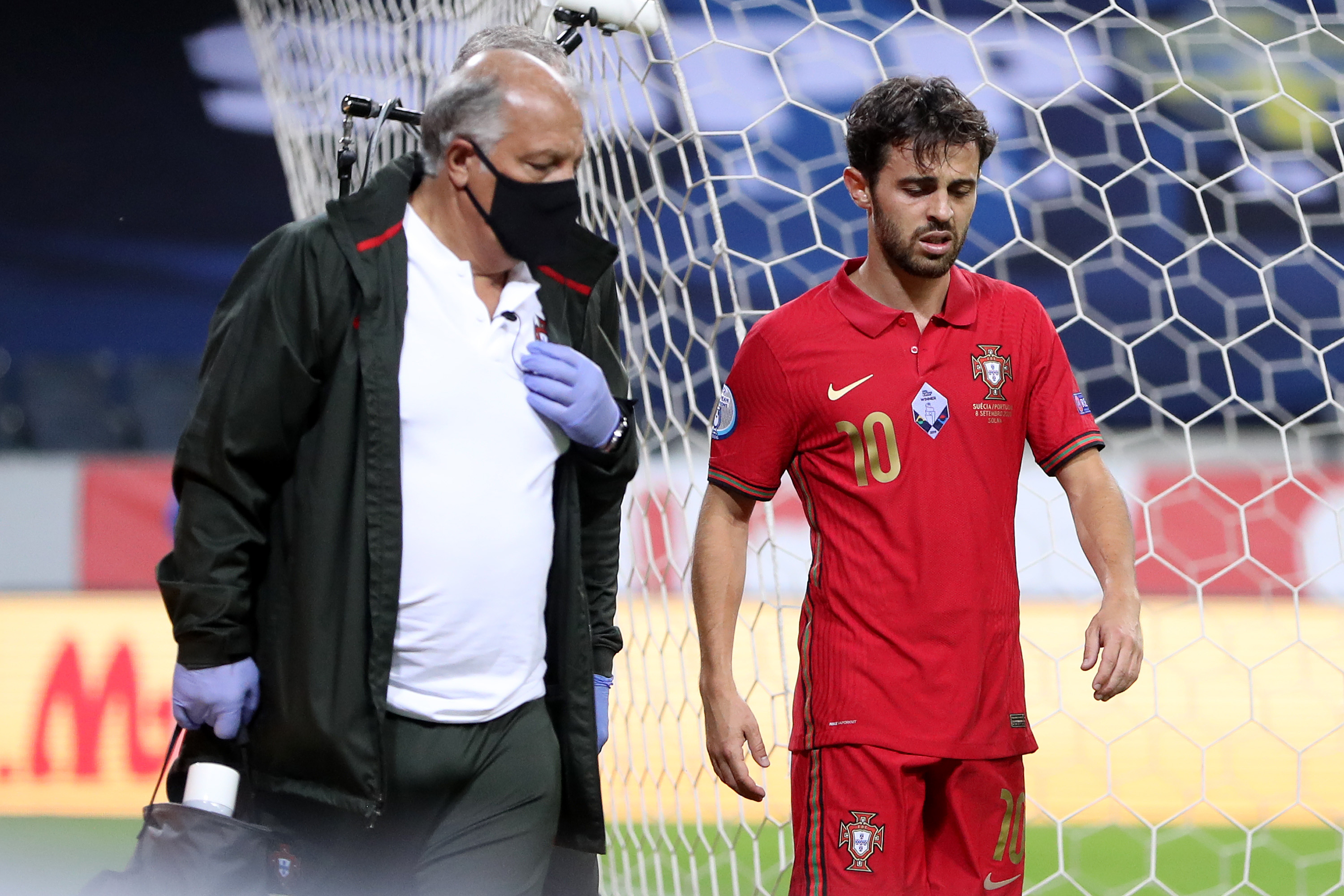 Manchester City have suffered a potential blow ahead of the new season with Bernardo Silva suffering a muscle injury on international duty with Portugal.

The 26-year-old sustained the problem during the first half of his country’s Nations League clash against Sweden on Tuesday and he was substituted after just 22 minutes.

Silva was able to walk unassisted off the playing field, but there are doubts regarding his fitness ahead of the curtain-raiser at Wolverhampton Wanderers on September 21.

The Cityzens have been afforded an additional break after their participation in the Champions League quarter-final and therefore, their opening game against Aston Villa has been postponed.

Meanwhile, their league opener against Wolves has been rescheduled a week on Monday meaning that the vast majority of the clubs will have already played two games by then.

Silva has been an important player in the club’s ranks over the past few years and manager Pep Guardiola will be hoping that the Portuguese can prove his fitness ahead of the season opener.

The Cityzens’ preparations for the new season have been far from ideal with a number of first-team stars called up by their respective national sides for the Nations League.

On the other hand, the likes of Riyad Mahrez and Aymeric Laporte have tested positive for COVID-19 while Guardiola is also under quarantine after his recent trip to Spain.

Wolves were only one of two teams including Manchester United, who did the double over the Cityzens last season and Guardiola can anticipate another testing challenge at the Molineux Stadium.