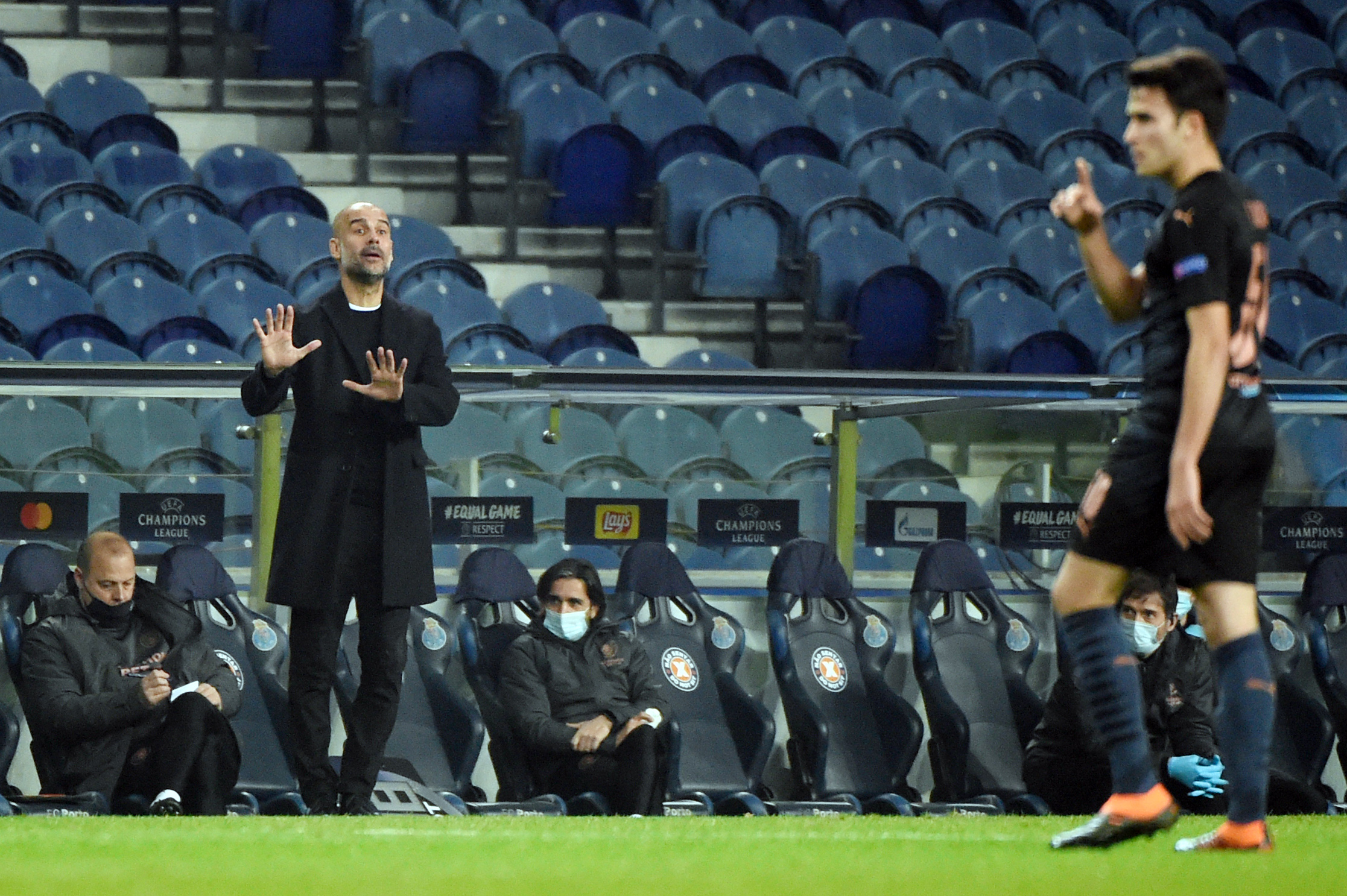 Manchester City played out a goalless draw with FC Porto away from home in the Champions League on Wednesday evening to secure top spot in Group C.

City were the better team over the course of the 90 minutes and also had a late goal ruled out due to offside.

Despite the draw, Pep Guardiola’s side have secured top spot in the group and have ascertained their place in the last-16 stage of Europe’s premier club competition.

The former Premier League champions are at the top of the group with 13 points from five matches, three points ahead of second-placed Porto.

City headed into the match against Porto on the back of a 5-0 victory over Burnley at the Etihad Stadium in the Premier League.

Guardiola’s side had a 100% record in Group C and were expected to maintain that against Porto.

City put incessant pressure on the home team, who had a five-man defence and goalkeeper Agustin Marchesin trying to stave off whatever was thrown at them.

Ferran Torres had two very good chances. The 20-year-old winger’s effort in the first half was pushed wide of the post by Marchesin, who denied the youngster in the second period when the City star attempted an audacious overhead kick.

Raheem Sterling also had two chances. The England international attacking midfielder’s shot on goal was blocked by Marchesin, and another attempt from him was cleared off the line by Zaidu Sanusi.

City thought that they had broken the deadlock at Estadio do Dragao with 10 minutes left to play.

Gabriel Jesus saw an initial header saved, but the Brazilian striker made no mistake from the rebound with a. Simple tap-in.

However, Jesus’s effort was ruled out because Joao Cancelo was adjudged to be in an offside position.

Over the course of the 90 minutes, hosts Porto had 32% of the possession, took two shots of which one was on target, and failed to earn a single corner, according to BBC Sport.

Visitors City had 68% of the possession, took 18 shots of which six were on target, and earned 11 corners, according to BBC Sport.

City will return to action on Saturday afternoon when they take on Fulham at the Etihad Stadium in the Premier League.

The Citizens are 11th in the league table at the moment with 15 points from nine matches, while the Cottagers find themselves just a point above the relegation zone.