Manchester City are lining up a shock move for Southampton striker Danny Ings as Aguero looks set to leave. 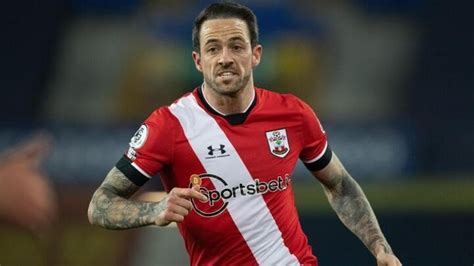 Manchester City are reportedly interested in Southampton and England striker, Danny Ings, as a shock replacement for Sergio Aguero.

City’s record goal scorer has struggled with injuries this season and with the Argentine’s contract expiring at the end of the season, Aguero’s future at the club is a huge doubt.

However, City see Ings as a more affordable and realistic option, with Haaland wanted by multiple big clubs and priced at around £100 million.

Danny Ings started his career at Bournemouth, and, after a move to non-league Dorchester Town, he was signed by Burnley.

Ings impressed whilst at Turf Moor and his incredible goal-scoring ability saw Liverpool sign the Englishman in 2015.

Injuries hampered his career in Merseyside and the striker moved to Southampton, where he has gone on to prove his talent and attract interest from teams like Manchester City.

The 28-year-old finished last season with 22 league goals and only missed out on the upcoming World Cup qualifiers because of injury.

His contract situation at St Mary’s also puts City in a strong position; he is about to enter the final year of his deal and has so far not agreed to sign new terms that have been on offer for some time.