Manchester City out of the European Super League

Manchester City are set to pull OUT off the European Super League. 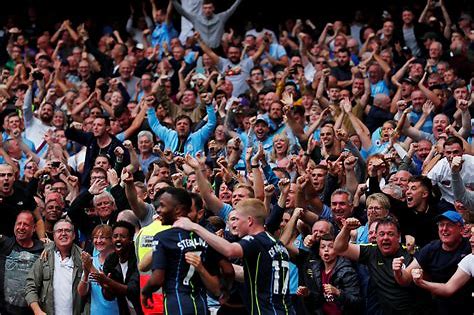 Manchester City have pulled out off the European Super League.

The news comes as Chelsea also prepare to withdraw from the competition.

Efforts to leave come just two days after both clubs were announced as two of six English clubs to sign up to the controversial competition.

12 European clubs announced their intentions to form the breakaway league, which was set to be a midweek competition.

The news shook the footballing world, being condemned by football authorities and government ministers across Europe.

Chelsea were the first club to indicate they will not press ahead with plans and Manchester City followed soon after.

The news has reportedly led to all 12 clubs having a meeting tonight to discuss disbanding the Super League.

Both Manchester City and Chelsea fans were among the groups of supporters that protested against the ESL.

It now appears that the plans are falling through and football fans are getting their wish.

Shortly after the news came through, Kevin De Bruyne posted a heart-warming statement on social media.