Manchester City will have 2,000 fans at the Carabao Cup Final on 25 April. 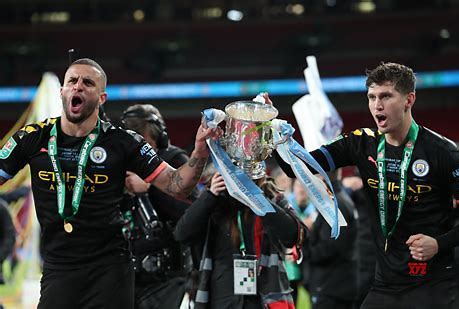 Manchester City and Tottenham Hotspur will both have 2,000 fans at Wembley for the Carabao Cup final on 25 April.

However, supporters under the age of 18, as well as the clinically extremely vulnerable or pregnant, will not be able to attend.

To be able to get into the stadium, fans must take a lateral flow test 24 hours before the game and must bring proof of a negative result.

All fans who get a ticket must sign a consent form, as the match is part of the government’s events research programme, which is assessing how major events can reopen to the public as COVID-19 restrictions ease.

In total, there will be 8,000 fans at the final, with the remaining tickets being split between groups including Brent residents and NHS workers.

For more information about City’s ticket sales process and matchday protocols for the game against Tottenham, go to the Manchester City website.