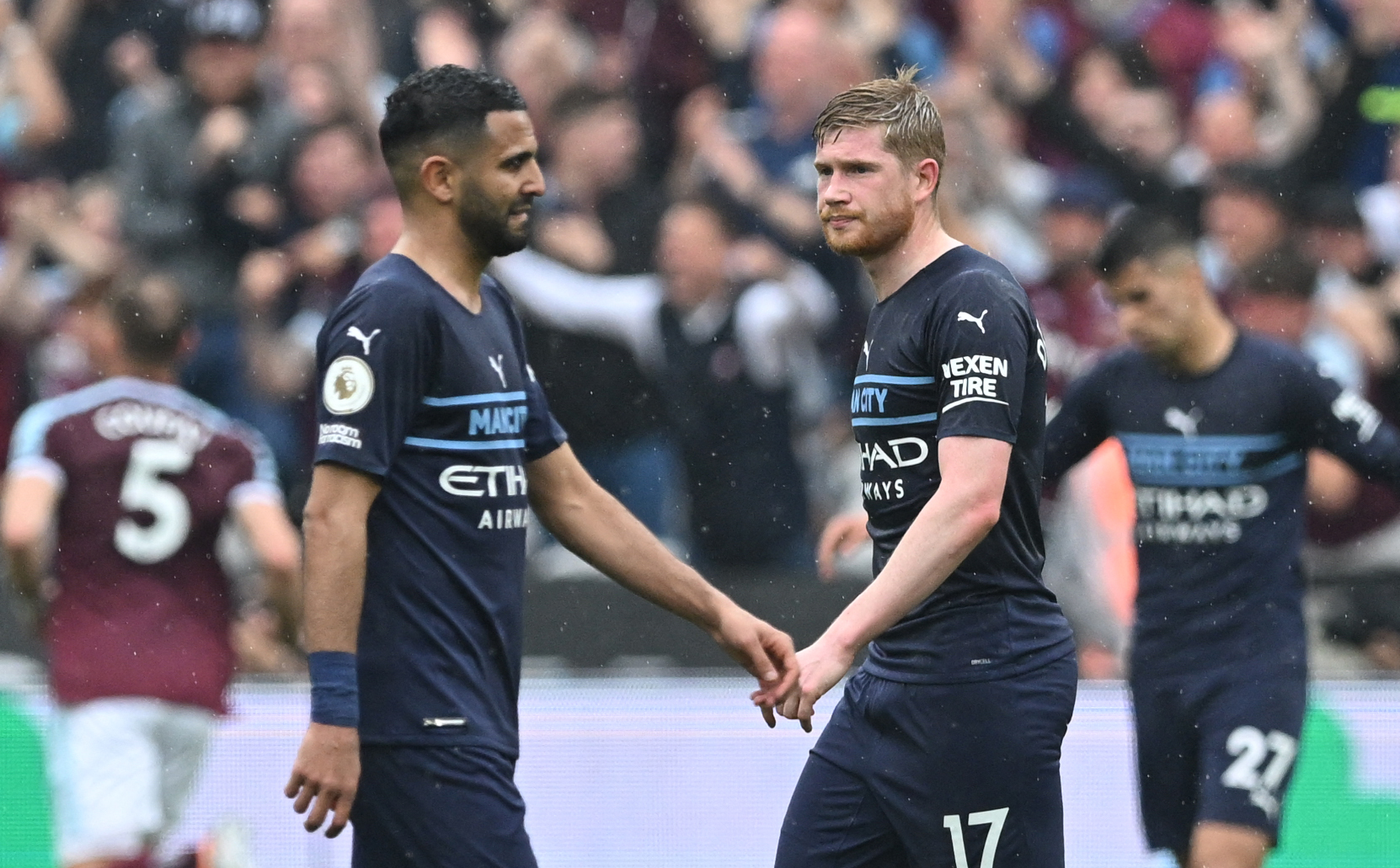 Manchester City are on the verge of claiming their fourth Premier League title in five years, but Aston Villa will look to spoil the party on the final weekend.

Led by the former Liverpool icon Steven Gerrard, the Lions head to the Etihad Stadium in pursuit of a positive result to give the Reds a much-needed nudge towards a historic quadruple.

Anything other than a victory could put Man City’s hopes of defending the Premier League crown in jeopardy and open the door for second-placed Liverpool to crush their dreams.

Pep Guardiola’s men hold a slender one-point lead on Jurgen Klopp’s lads, who will encounter an out-of-sorts Wolverhampton Wanderers side at Anfield.

The Cityzens pipped Liverpool to Premier League glory in 2019, again by a single point, as their 4-1 thumping of Brighton & Hove Albion rendered the Reds’ home triumph over Wolves meaningless.

City will hope to follow that blueprint again and avoid experiencing another final-day turmoil similar to 2012 when Sergio Aguero’s famous last-gasp winner gave them the title at Queens Park Rangers.

Man City vs Villa, coupled with other Premier League matches, is available to watch live online via soccer streaming sites.

Although the stakes could not be higher, the Etihad faithful will show up in a confident mood, knowing Man City are the established season-finale specialists.

The reigning Premier League champions have suffered just one defeat in their final game of a top-flight campaign across the last 13 seasons, racking up ten wins and two draws in the other 12.

Adding to City’s confidence, they have won 15 of their 16 previous home league meetings with Villa, including the last 11 in a row and the three most recent without conceding.

Guardiola’s men have been equally impressive at the back this season, registering a staggering 11 shutouts in their 18 Premier League outings at the Etihad thus far.

City’s intimidating home form represents a stark contrast to Villa’s disappointing away showings of late, with just one win from the Lions’ last four Premier League games on the road (D1, L2).

Gerrard’s lads have developed a habit of rolling over against the best Premier League sides, as witnessed by their embarrassing record of a single win from their last 21 away meetings with league leaders (D3, L17).

Moreover, Villa have suffered 14 defeats in their last 16 top-flight visits to table-topping sides (D2), while they are winless in their ten previous Premier League games against Man City (D1, L9).

Guardiola’s team showed signs of weakness in a 2-2 away draw to West Ham United last time out, but Kyle Walker and John Stones could plug the leaking on the final weekend.

The standout defensive pair are back in contention for Villa’s visit despite being deemed unable to feature for the remainder of the season through injuries.

With two of his defensive stalwarts on the cusp of returning to the fold, Guardiola has hailed Man City’s medical staff.

“We have incredible doctors and physios and they have recovered,” Guardiola said at his pre-match press conference, as relayed by Football365.

“They made a partial training and we will see tomorrow. It is good for us to have them back.”

As per the Aston Villa blog, Ezri Konsa will meet Kortney Hause and Leon Bailey in the treatment room after sustaining a knee injury against Crystal Palace.

Who could Manchester City line up against Aston Villa?

Villa have the attacking potential to damage City’s depleted backline, but their own defensive frailties are likely to offer Kevin De Bruyne and comrades a field day in a season-defining fixture.

The Cityzens have netted 3+ goals in their last four competitive home matches and we expect them to maintain their free-scoring form in the most significant game of the season.