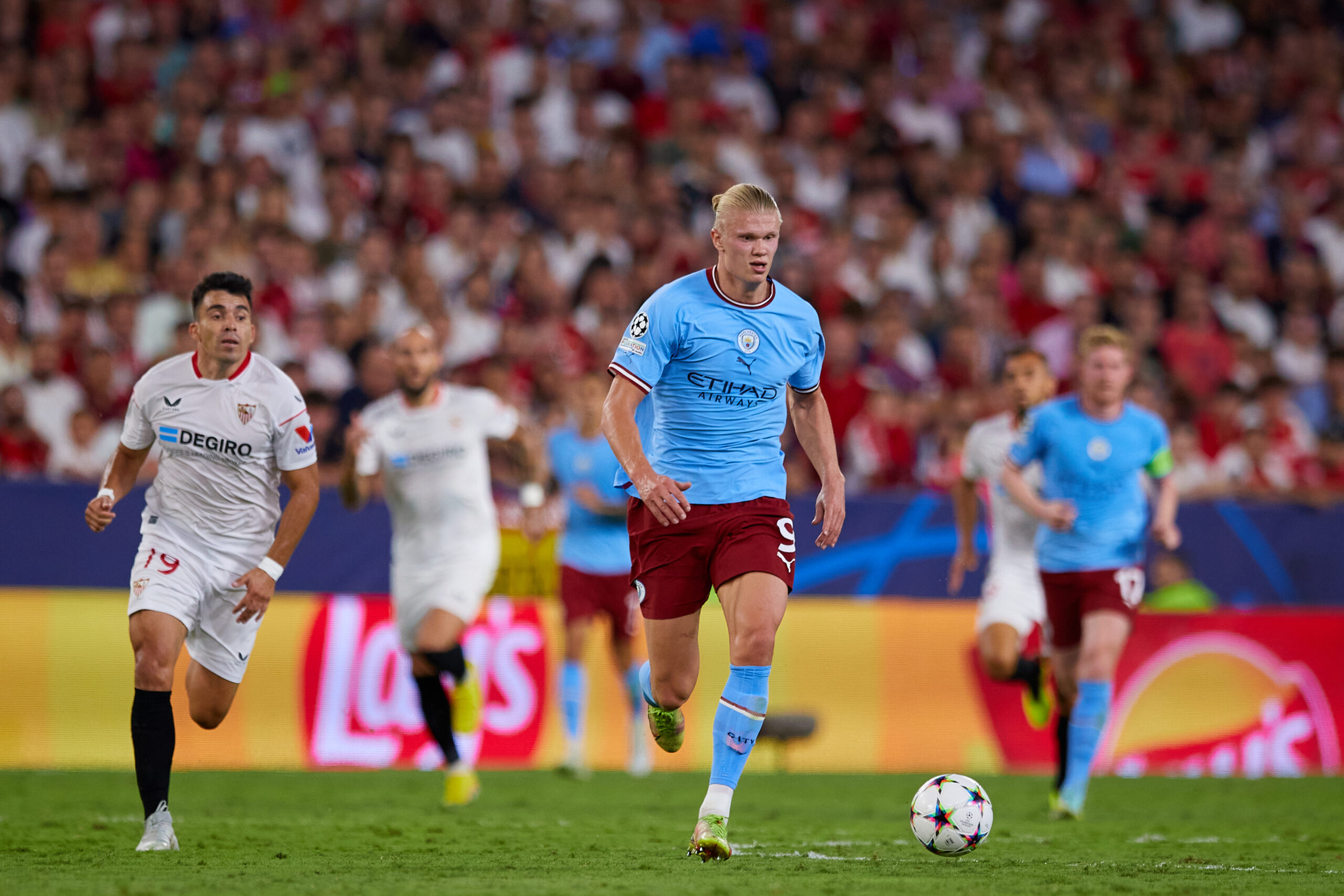 Manchester City’s pursuit of an elusive first Champions League title continues on Wednesday as they take on Borussia Dortmund at the Etihad Stadium.

Pep Guardiola’s side got their Group G campaign off to a flyer as Erling Haaland’s brace fired them to an overwhelming 4-0 win at Sevilla on matchday one.

With the Norwegian goalscoring machine firing on all cylinders during his early Man City career, the Cityzens are one of the leading candidates to lift the Champions League title this season.

Having been handed an extra rest period after the passing of Her Majesty Queen Elizabeth II, the reigning Premier League champions will attack Dortmund at full bore.

Last season’s Bundesliga runners-up thumped Copenhagen 3-0 in their opening Group G fixture to bolster their bid to reach the Champions League knock-outs for the fourth time in five years.

Die Borussen will take the field carrying revenge on their minds after Man City ended their 2020/21 Champions League journey in the quarter-finals, winning both legs via an identical 2-1 scoreline.

But the English heavyweights come into proceedings as clear-cut favourites to continue their perfect Champions League start and register their ninth consecutive home win over German visitors.

Since Guardiola’s Bayern Munich side defeated Man City 3-1 in October 2013, the Cityzens have won eight Champions League home matches against Bundesliga clubs via an aggregate score of 30-9.

On top of that, Guardiola’s high-flyers have racked up 18 wins in their last 20 Champions League outings at the Etihad, drawing the other two, and could match the English record if they can stay unbeaten here.

Eyes will be on Haaland, who has tallied a staggering 25 goals in just 20 Champions League appearances en route to setting an unprecedented record in the competition’s history.

Dortmund’s recent fortunes away to English adversaries in the Champions League cannot encourage the visiting fans, with Die Borussen losing four successive such fixtures since a 2-1 win at Arsenal in October 2013.

Interestingly, it’s been ‘all or nothing’ for the Germans away from home of late, as none of their last 17 Champions League games on hostile turf have ended level (W7, L10).

Dortmund starlet Jude Bellingham has already scored three goals in the Champions League, the joint-most of any English teenager in the competition, suggesting he is the man for the big occasion.

Man City vs Dortmund, alongside all other matches in Europe’s most prestigious club competition this season, is available to watch online via Champions League live streams. And if you are interested in attending a future Champions League game, check the Champions League tickets page for more information.

If Dortmund’s humiliating 3-0 defeat at RB Leipzig over the weekend was anything to go by, Wednesday’s clash should be another day in the office for Man City.

The Germans’ porous defence seems incapable of keeping their former superstar Haaland at bay and the Cityzens should be cruising to a landslide victory.