Find all the team news and key statistics for Manchester City’s match against Cheltenham Town. 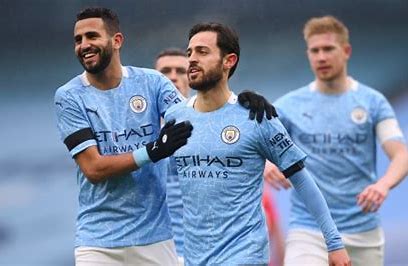 City have never before faced Cheltenham Town in a competitive match.

The Blues are currently second in the Premier League and won the FA Cup most recently in 2019.

Manchester City beat Birmingham 3-0 in the third round of the competition to reach the fourth round.

On the other hand Cheltenham needed extra-time to beat Mansfield in their third round tie.

Kyle Walker, Sergio Aguero and Kevin De Bruyne will all miss the fourth round tie against Cheltenham.

Walker went off injured in the first half of Manchester City’s 2-0 victory over Aston Villa on Wednesday.

The defender is likely to miss just this cup tie before returning to fitness.

Kevin De Bruyne is also missing and is likely to miss up to 10 matches with a hamstring injury.

Another absentee is Sergio Aguero, who has tested positive for Covid-19.

Aguero has started just three games this season and Manchester City boss Pep Guardiola said: “What we wish is for him to feel better.

“He felt uncomfortable for two or three days after his positive test, he felt quite tired and had symptoms. But he feels well and we want him to come back.

“For a long time we’ve missed our best striker. Like with Kevin we will have to manage until they come back.”

Aymeric Laporte and Eric Garcia could both return to the starting eleven and Benjamin Mendy could also start.

Cheltenham Town will be hoping to cause one of the biggest FA Cup upsets in the competition’s history.

The Robins are 72 places below Manchester City in the football pyramid.

Cheltenham’s only major absentees are Chris Hussey and Elliot Bonds, who are both expected to miss out due to injury.

Cheltenham Town are currently in 6th place in League Two but are on a disappointing run of form and have not won a league match since the 5th December.

The Robins are likely to play in their regular 3-5-2 formation and will need to produce something spectacular if they were to get a shock win.

Cheltenham’s manager Michael Duff has described the match as ‘the ultimate free hit’.

They couldn’t do it, could they?

It would be an almighty cupset if Cheltenham could get a historic win, but, in all likeliness it will be an uphill struggle from the start. Manchester City are in scintillating form and I do not see them losing this one.