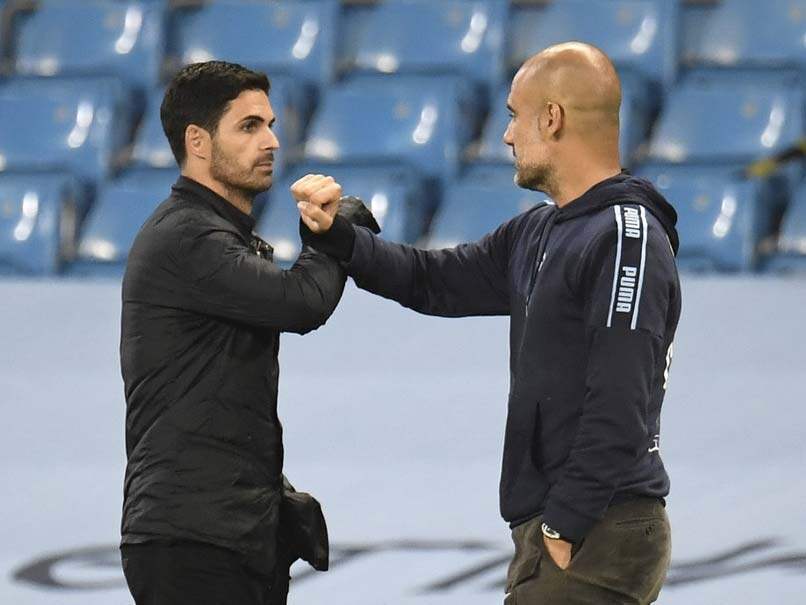 Manchester City are going to face Arsenal on Saturday in the English Premier League.

This is a big test for City.

The Citizens have not had the best of starts this season, winning just 1 out of their first 3 games. This includes an embarrassing 5-2 loss to Leicester City at home.

This fixture is also a homecoming for Arsenal manager Mikel Arteta.

The Spaniard served as an assistant coach to Pep Guardiola for 3 years at City, from 2016-19, before being tapped to fill the vacancy at Arsenal following the sacking of Unai Emery.

Arteta and Guardiola have already met 2 times in this interval, once in the EPL and then in the semifinals of the FA cup.

Arteta was humbled 3-0 in the EPL before taking his revenge and dumping his mentor from the FA Cup en route to his first trophy at Arsenal.

Arsenal haven’t beaten Manchester City in the Premier League in the last 5 years, their last victory coming in December 2015.

The Citizens also have an injury crisis to deal with.

Star midfielder Kevin De Bruyne has been ruled out of this fixture and may miss action for the next few weeks, while striker Gabriel Jesus is also not fit enough to play.

There is good news too.

Raheem Sterling, Joao Cancelo and Bernardo Silva are all fit enough to grace the team sheet after picking up knocks at international duty. Star striker Sergio Aguero may also feature for the first time this season.

This is going to be a tough test for Man City. Their opponents are flying high after a very good start to the season. They have also been bolstered by the addition of midfielder Thomas Partey from Atletico Madrid on deadline day.

This fixture is also going to be the first test for City’s new-look defence. The big money centrebacks Nathan Ake and Ruben Dias are yet to be tested. It is crucial to City’s success that the defence gels together quickly.

This game is going to be won or lost in the midfield. Only time will tell whether the absence of KDB would affect City adversely.