Find all the team news and key statistics for Manchester City’s match against Aston Villa. 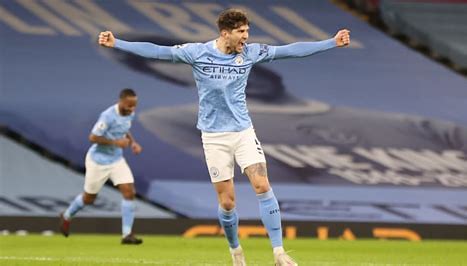 The visitors, Aston Villa, have been badly weakened by a Covid-19 outbreak at the club and their training ground has only been open since the weekend.

Furthermore, Manchester City have won 14 of their past 15 home league games against Aston Villa, including the last 10 by an aggregate score of 33-4.

City have been on an impressive run of form, looking slick going forward and solid defensively.

The Blues beat Crystal Palace 4-0 on Sunday to move to second in the table and a win against Dean Smith’s side would send them to first place, for a few hours at least.

City will, once again, be without all-time top scorer, Sergio Aguero, who misses his fourth game due to self-isolation.

Manchester City have been without Aymeric Laporte for several weeks and he also misses out due to injury.

Kevin De Bruyne looks to have overcome concerns over a minor ankle issue.

Guardiola is likely to name the same back-line that played against Palace, with Walker impressing against the Eagles.

However, the 50-year-old may rotate the midfield with a possible return to the starting eleven for Phil Foden.

Manchester City do not have any fresh injury concerns.

Aston Villa have endured a Covid nightmare, with the Villains having only just returned to their training ground.

The Midlands club have enjoyed a fantastic first half of the season and if they won their four games in hand, they would be joint top with Leicester.

However, Dean Smith has revealed that his team selection for this game would be affected by the outbreak at the club.

Villa will surely have lost the momentum they had created and are likely to struggle fitness-wise against City.

Smith has not revealed who the players are that will miss out, but there could be a place in the squad for Ross Barkley, who is returning from two months out with a hamstring injury.

Aston Villa’s first team have not played since New Years Day, when they lost 2-1 versus Manchester United.

Aston Villa have been fantastic this season but the Covid-19 outbreak is sure to have taken its toll on the players. Regardless who starts for Villa, they will struggle to keep up with Manchester City’s superior fitness. City are in fantastic form and even without Villa’s struggles, I think they would win, based on their current form. I can only see a comfortable City victory. Manchester City 2-0 Aston Villa