Manchester City scored two late goals to see off a battling Aston Villa side and move above Leicester City. 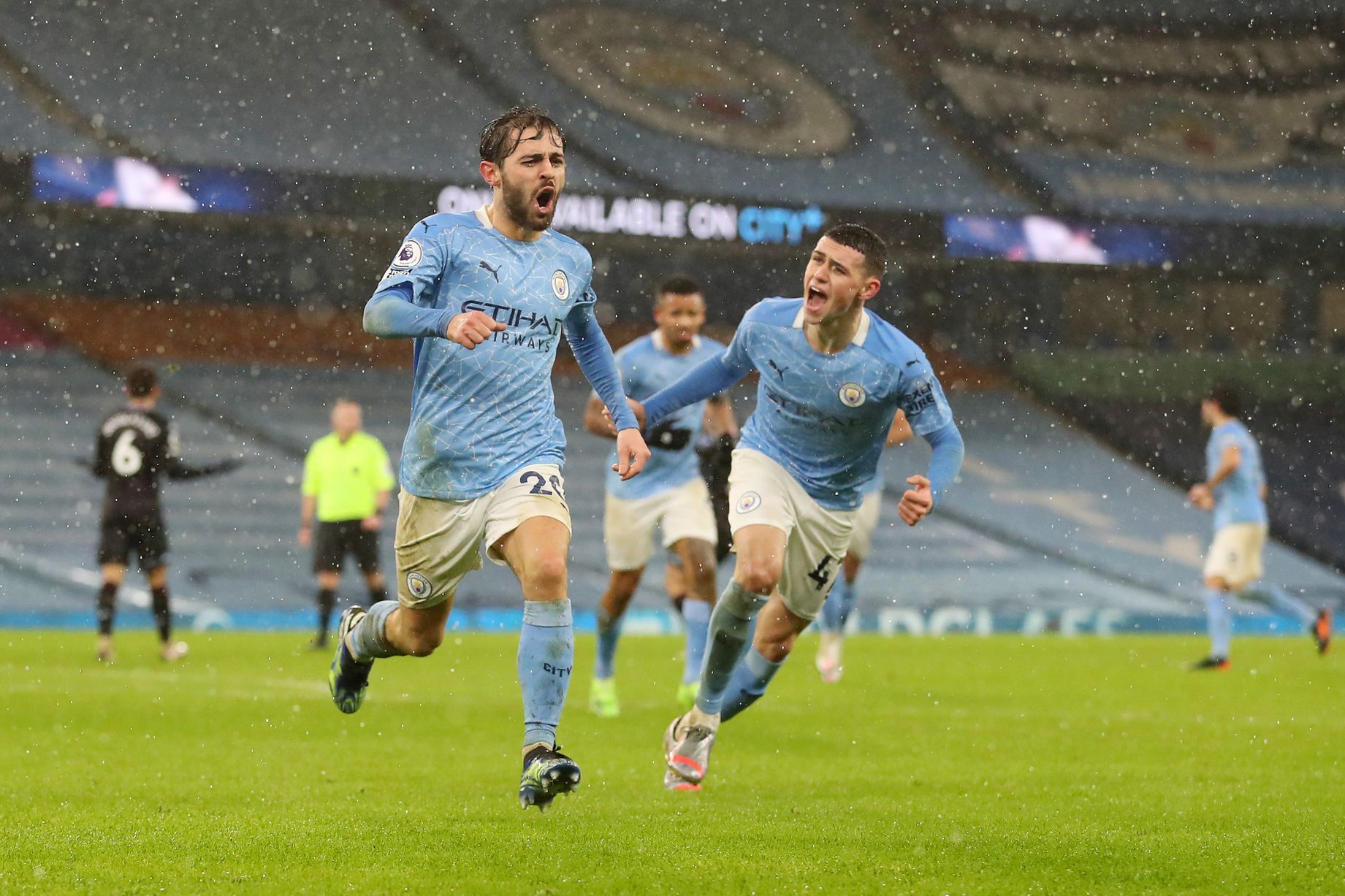 Bernardo's stunner was his first goal at the Etihad since 2019.

Manchester City scored two late goals to break Aston Villa’s resistance, as they moved to the top of the table for the first time this season before they were replaced by United later that evening.

City hosted Aston Villa in their third consecutive home league match, aiming to replace Leicester City at the summit, for a few hours at least.

The visitors had been badly affected by a Covid-19 outbreak at the club and this was their first league match since New Years Day.

Guardiola’s side were the in-form side in the league and were aiming to win their sixth consecutive league game.

The Blues were last in action on Sunday, when they produced another top performance and beat Roy Hodgson’s Crystal Palace 4-0.

Manchester City had won 14 of their past 15 home league games against Aston Villa, including the last 10 by an aggregate score of 33-4.

Manchester City made three alterations from their 4-0 victory over Aston Villa, as Cancelo, Rodri and Foden came back into the side.

With Zinchenko, Fernandinho and Jesus returning to the bench.

There were concerns that De Bruyne would miss out due to a minor ankle injury but the Belgian started again fresh from picking up his 100th assist for the club against Palace.

Manchester City were still without Aguero (self-isolating) and Laporte (injury).

Dean Smith warned that his team selection would be affected by the Covid-19 outbreak at the club.

However, Smith still started with a strong side, with Ross Barkley returning from a hamstring injury to start.

Manchester City had been in fine form and they made a good start to the game and should’ve taken the lead within four minutes.

As Bernardo Silva was found from a corner and from very close range he was bravely denied by Martinez.

That save from Martinez set the tone for what was a battling and dogged Aston Villa performance.

Kyle Walker hobbled off the pitch after 28 minutes to be replaced by Zinchenko.

Manchester City continued with their attempts to find the break-through, without creating too many clear-cut chances.

Villa were not content to just sit back and looked a real threat from counter-attacks in what was an enthralling first half played at a really fast pace.

Manchester City lacked a natural striker in the first half and failed to break the deadlock so at half-time it was 0-0.

Manchester City started the second half well and after 54 minutes came very close to scoring.

With Cancelo clipping the top of the crossbar with a lovely shot after good work from Kevin De Bruyne.

Aston Villa had also come close to scoring just before the Cancelo chance, with Traore almost captialising on a De Bruyne slip but being denied by Ederson.

Gabriel Jesus replaced De Bruyne after 58 minutes, as Guardiola felt the need for a natural No.9.

It looked as though it would be one of those nights for City, when neither Gundogan or Dias could make proper connection with the ball from just a few yards out.

However, Bernardo Silva produced the magical moment the game had been lacking, hitting a thunderbolt past Martinez from outside the box.

The goal was slightly contentious as Rodri had been offside in the build-up but the goal stood much to Dean Smith’s anger.

The Villa boss was so enraged that the referee showed him the red card and sent him to the stands.

With the game in stoppage time, Jesus’s header was blocked by Cash’s hand and the referee awarded a penalty.

Illkay Gundogan calmly stepped up and sent Martinez the wrong way to wrap it up for City.

A hard-fought victory for City against a brilliant Aston Villa side.

“I had the feeling we controlled the game. The top four players they have, player like Jack Grealish and Ross Barkley, the feeling is that wow, you feel the dangers in every actions.

“We arrived at the byline many times but could not score the goal but Bernando Silva was there and his goal made the difference.

“We struggled against Brighton in the last game – they are one of the best teams for creating chances, so it has been hard for us. Maybe they are not clinical but they are good.”