Manchester City hit four, as they continue to close the gap on United and move up to second. 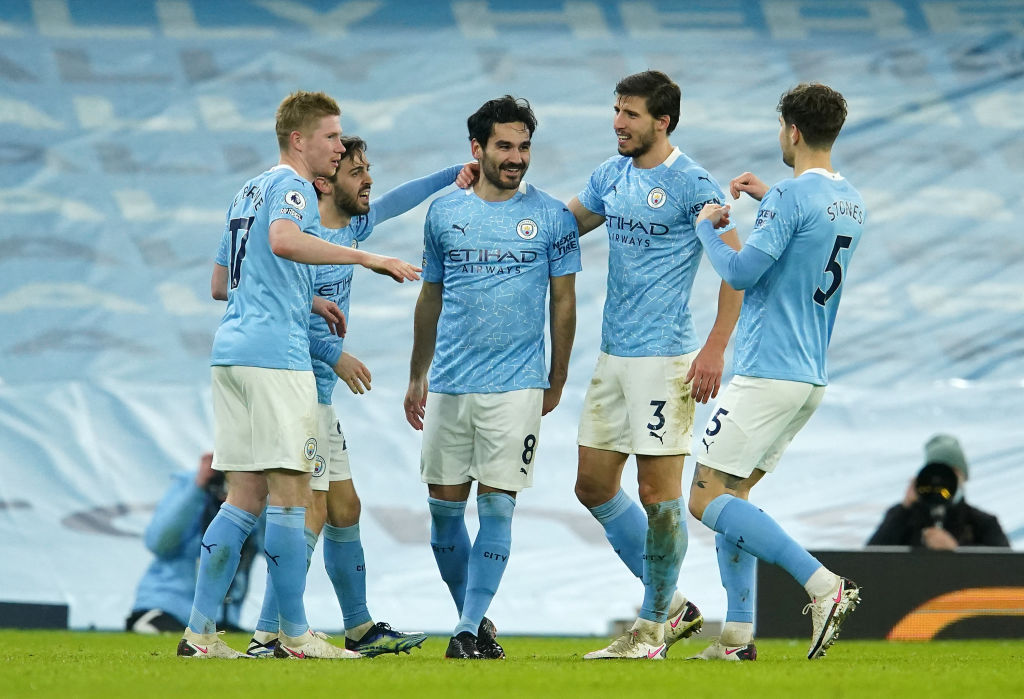 Manchester City beat Crystal Palace 4-0, as they continued their fine form and moved up to second in the table.

Guardiola’s side hosted Roy Hodgson’s Crystal Palace, who were unbeaten in their last three games, including a draw at Arsenal.

City went into the game on a 14-match-unbeaten run, most recently picking up a 1-0 win against Brighton.

However, Manchester City had failed to win this fixture for the past two seasons, with Palace somewhat of a bogey side for Pep Guardiola.

Manchester City made 4 changes from the side that overcame a spirited Brighton on Wednesday evening.

With, Kyle Walker, Fernandinho, Raheem Sterling and Gabriel Jesus, all returning to the starting eleven.

The changes saw Phil Foden, who shone against Brighton, drop to the bench.

Crystal Palace made two changes from their goalless draw with Arsenal, as McCarthy and Ayew replaced Benteke and Zaha.

City were aiming to get a crucial victory on the eve of Pep Guardiola’s 50th Birthday.

Crystal Palace set up to frustrate City for as long as possible, with the Eagles sitting deep and trying to stay compact.

However, it took just 26 minutes, for Manchester City to unpick this resilience and it came from a moment of brilliance from Kevin De Bruyne.

Raheem sterling switched the ball to the Belgian, after Palace failed to fully clear a corner, and De Bruyne whipped in a delightful cross, with the outside of his boot for Stones, who headed past Guaita.

The assist from De Bruyne was his 100th since joining Manchester City in 2015.

It was also John Stones’s first Premier League goal for Manchester City since he joined the club.

Manchester City were in complete control, despite scoring just one goal and led Palace 1-0 at half-time.

The hosts continued their dominance in the second half and their second goal of the game also came from a corner.

With Palace, once again, failing to fully clear and Illkay Gundogan netting a stunning strike past Vincente Guaita.

The German midfielder’s stunning goal meant that he has now scored as many goals in his last 6 league games as he did in his previous 55 league matches.

City were not content with their two-goal lead and soon added a third with another goal from a corner and another goal for John Stones.

After, Guaita had initially kept out Dias’s header, Stones reacted smartly and swept in Manchester City’s third goal of the evening.

A perfect day in the office was capped of by a peach of a free-kick by Raheem Sterling – the first direct free-kick the Englishman has scored in his career.

‘ A good glass of wine’ for Guardiola

“This is through the quality of the players, commitment and focus. We struggled the last two seasons to beat them here, we did a fantastic game.

“I don’t want to send any messages. It is Aston Villa on Wednesday. It is one game at a time. A few weeks ago we were points behind Liverpool and we win a few games and that’s what we have to do. Now I will drink a good glass of wine and then think about Aston Villa.”

Manchester City welcome Covid-hit Aston Villa on Wednesday in the Premier League, as they continue their title-charge.