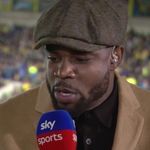 “His intention has always been to finish his career back in Argentina but I expect now Pep Guardiola has signed a contract extension that Sergio will do the same”.

“Whether it is for 12 months or two years, it is a piece of business I hope City conclude”.

“City will sign another striker in the future, and hopes are high for Gabriel Jesus and Ferran Torres, but there is nobody like Sergio”.

“There will never be another one like him at Manchester City and there haven’t been many better in the Premier League”.

Sergio Aguero is in the last year of his contract at Man City. The Argentine legend has been tight lipped about his future. Many close to Aguero believe he may decide to leave the club.

On a positive note, Pep Guardiola renewed his contract at Manchester City. His two year renewal extends his stay till 2023. The deal till 2023 will be Guardiola’s 7th year at the club, the longest in his managerial career.