One for the future: Man City convinced Lukas Nmecha is ready for the PL 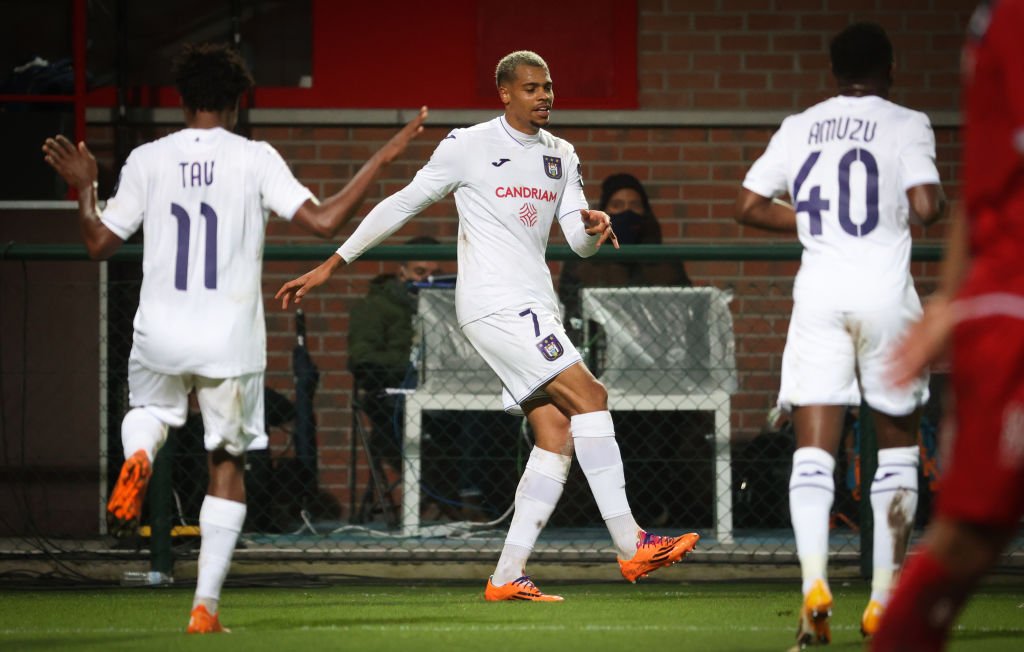 Manchester City are convinced that on-loan striker Lukas Nmecha is ready for the Premier League from next season onwards.

According to reports by voetbalkrant.com as relayed by InsideFutbol, They also believe he has what it takes to be a first team regular.

Luka Nmecha has been showing his talents in the Belgian Super League with RSC Anderlecht. The striker has been in top form this season, scoring 4 goals in 9 games.

Anderlecht manager Vincent Kompany is very impressed with the teenager. He recently heaped praised on the hotshot, calling him a complete striker.

Nmecha is also showing his potential on the International stage. Playing for Germany u-21, he has scored 3 goals in 5 games in the Uefa Euro u-21 championship.

Star striker Sergio Aguero is out of contract next summer and the club are doubtful of Gabriel Jesus’s ability to lead the line. City are thinking about selling Jesus to fund a move for a striker next summer to succeed Aguero.

There could be a situation next year where both Aguero and Jesus depart the club. If luck remains in his favor, Lukas Nmecha may be the second striker in the team next year.

Lukas Nmecha is also out of a contract next summer. City are hoping to initiate renewal talks soon. Manchester City are so convinced of his promise that they are ready to rule out another loan move for him.

Anderlecht and Scottish champions Celtic are interested in adding Lukas Nmecha on loan next summer.

Sergio Aguero’s contract renewal remains on a standstill
Man City midfielder has a point to prove: Phil Foden set to start against Iceland