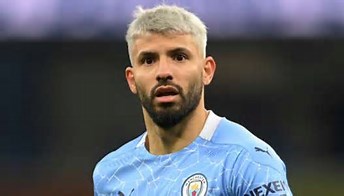 City have at times missed the striker’s clinical touch in front of goal this season.

The Argentinian has had an injury-hit season and had been self-isolating before testing positive.

Aguero is now feeling better, however, he has not yet been given the all-clear to return to training.

The striker has started just three games this season and will miss Manchester City’s match against Sheffield United on Saturday.

“Sergio is not yet here,” Guardiola said at a press conference. “When he tests negative he will come back. We still don’t have the results yet.”

Manchester City will also be without Kevin De Bruyne, who is out for up to six weeks with a hamstring injury.

Defender Nathan Ake is also still out through injury. Guardiola said: “(He is) not yet available. It is the same guys (available) that were in the last games.”

Sheffield United pulled off a shock win against Manchester United in midweek and will be looking to do so against City on Saturday.

Guardiola said: “Of what I saw before the United game, Sheffield (United) is a team that is alive from their body language.

“It is not easy with the results they have got this season and that speaks incredibly well about (manager) Chris (Wilder), his staff and the players.

“The result against United speaks for itself. Everybody knows how difficult it is to win at Old Trafford.”