Sterling: ‘De Bruyne and Dias are the leaders of the dressing room’ 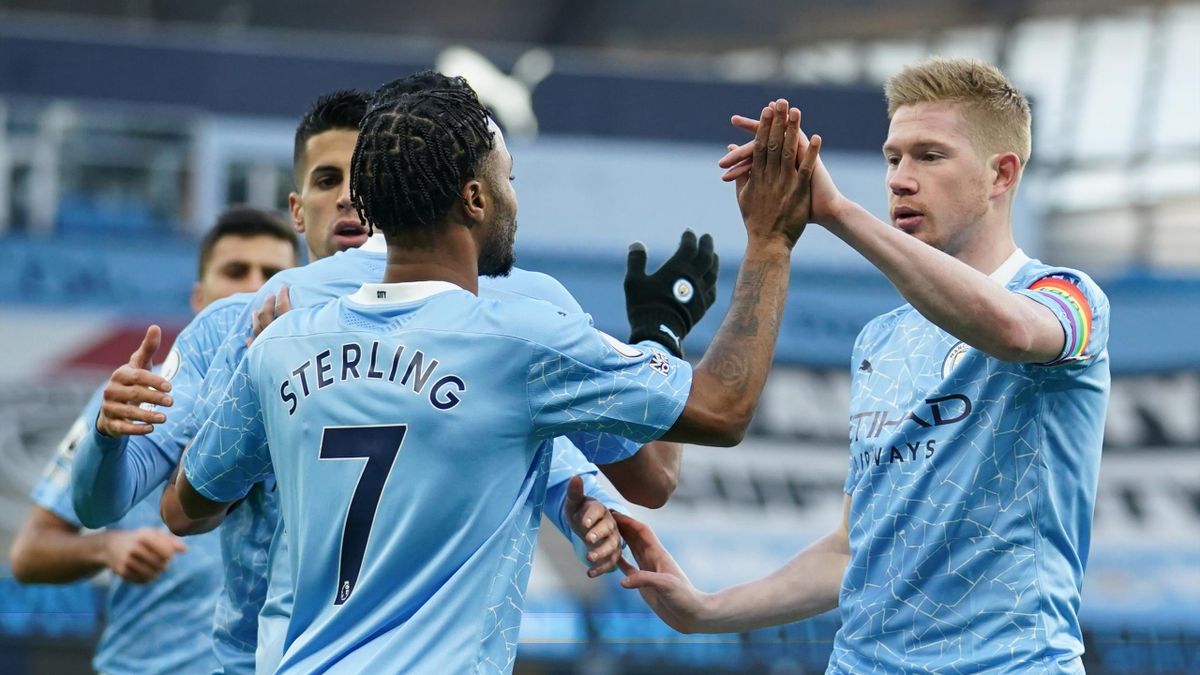 He also opened up on the current dynamics of the club after the departure of long serving players Vincent Kompany and David Silva.

He said: “They’re two players that played at the highest level for many years, they were here for so many years”.

“They were big characters in the dressing room, players that had won it, been there, done it. You look at the squad and it is a young team but you look at Ruben who has come in, he speaks as much as Vinny.”

“He’s a massive character. We haven’t lost a voice in the dressing room, new people are stepping up to the plate. People like Kev, he’s the second captain and very vocal now. Fernandinho too”.

The departure of both of their captains in consecutive seasons have plunged Manchester City into a leadership crisis.

Fernandinho took over as the captain of the team after the departure of Silva but the defensive crisis last season made it difficult for him to make a lasting impact away from his natural position.

Ruben Dias has had an instant impact since his arrival from Benfica this season. He is looking as the natural replacement for the void left by Kompany. His arrival has also led to a defensive improvement at the club.

Fernandinho’s potential departure will force City to elect a new captain again. Kevin De Bruyne and Raheem Sterling will be at the forefront of these changes as the club’s most senior most players.

The club will need strong leadership if they want to get out of this current performance crisis going on. The lack of goals is a concern and so is creativity.

For now, Man City have to focus on stabilizing their stumbling Premier League campaign with an energizing win over west Brom. City have a favorable set of fixtures coming up and a moralizing win could make all the difference in the world.

Pep backs Jesus to end scoring drought: ‘He is one of the best in the world!’
City Football Group name Club Bolivar as first Partner Club