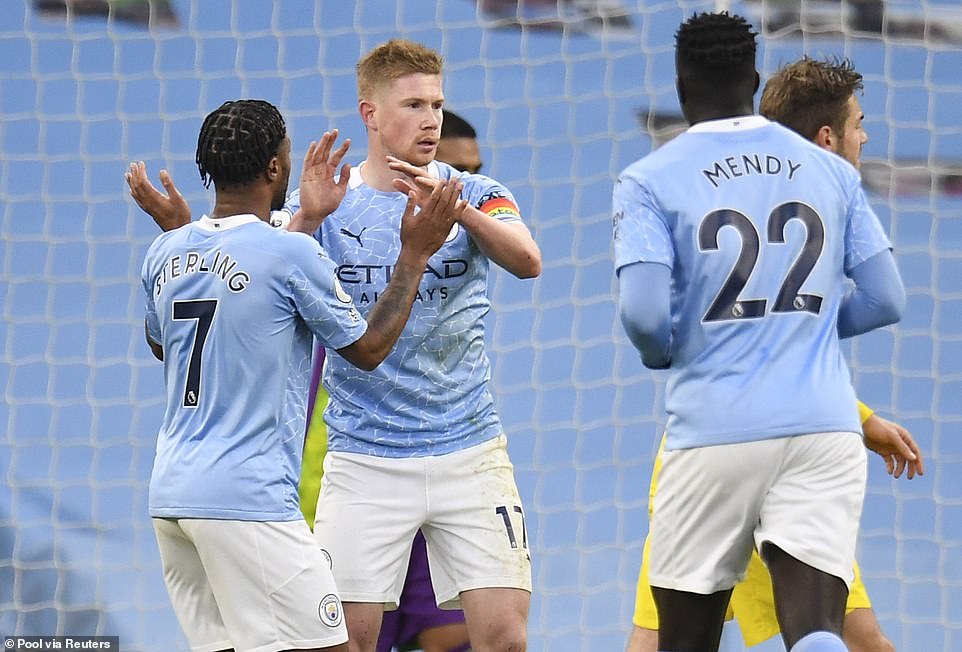 Raheem Sterling and Kevin De Bruyne scored as Manchester City saw off Fulham 2-0 to climb to 4th on the Premier League table.

Paying heed to Pep Guardiola’s words before the game, City took control of the game quickly and saw Raheem Sterling have a shot saved by Fulham goalkeeper Alphonso Areola in the 2nd minute.

Sterling made amends two minutes latter to finish smartly into the bottom left hand corner after being sent through by Kevin De Bruyne. This was De Bruyne’s 6th assist of the Premier League season.

After applying constant pressure, Sterling’s quick feet earned him a penalty by drawing a foul from Fulham CB Joachim Andersen. De Bruyne converted the penalty to double City’s lead in the 22nd minute and take his tally to 2 goals in the PL.

After the second goal, It was a classic game of City trying to walk the ball into Fulham’s goal. De Bruyne hit the post after a good exchange of passes with Gabriel Jesus.

Fulham did try to threaten City’s goal many times throughout the game. Scott Parker’s men did not let their heads drop despite being outplayed. City’s goal wasn’t threatened even a single time by Fulham, though a mix up between Ederson and John Stones nearly went in for an own goal.

All in all, Man City had 70% of the possession in the game. They had 6 shots on target and would have probably scored more if Areola wasn’t in such an inspired form.

Man City play Marseille next in a dead rubber in the UEFA Ucl. This would give Pep Guardiola a chance to rest some key players and rotate the squad before next Saturday’s big clash against Manchester United.