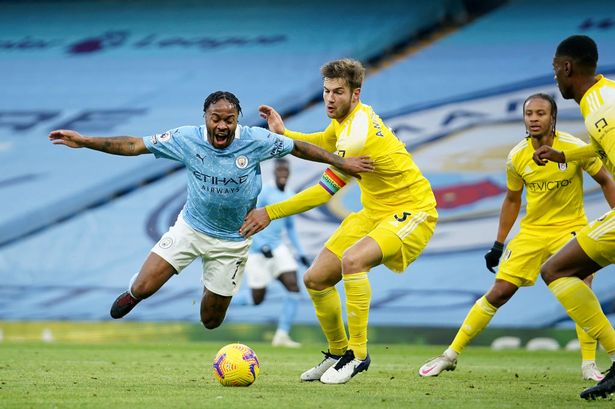 After giving City the lead in the 4th minute after being sent through by Kevin De Bruyne, Sterling was brought down in the box by Fulham’s Joachim Andersen.

According to sports analytics company Opta, Sterling has now won 20 penalties, which is more than any other player in Premier League history.

This record includes the penalties won while he was playing for Liverpool.

This stat becomes even more crazy when we realize that Sterling is still 25 years old.

The winger was restored to the lineup today and repaid the manager’s faith by producing a MOTM performance.