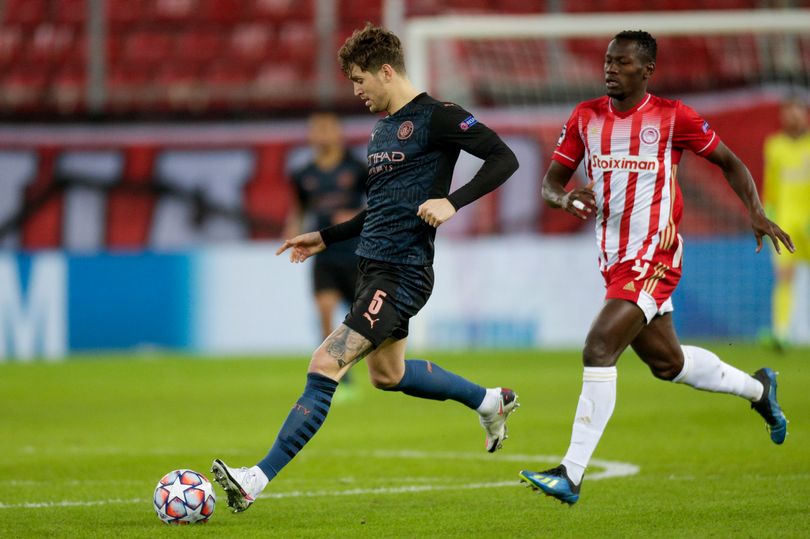 Manchester City defender John Stones has stormed back into Pep Guardiola’s plans after his impressive recent displays for the club.

Stones’s return to the starting lineup against Olympiakos was definitely a surprise to many. Though, his calm and composed displays are a remainder of why City signed him in the first place.

The timing of his return to form couldn’t be better. Ruben Dias has cemented himself as a top class defender since his arrival in the latter stages of the summer and Aymeric Laporte’s place in team has never been in doubt.

Stones now has to compete with another summer signing, Nathan Ake, for a favorable place in the manager’s plans.

John Stones was linked with a move away from City in the summer. But, the uncertainty regarding Eric Garcia’s future meant City had to hold on to him. Now, Garcia may leave the club next year. Garcia’s inevitable departure gives Stones an edge for the moment.

It is now up to the Englishman to take his chances or follow Garcia out the door.

Guardiola was full of praise for the center-back after the game against Burley.

He said: “He was so concentrated on not making mistakes. What we are looking for from the back four is “don’t make mistakes”

As said by Jack Gaughan of the Daily Mail – ‘The game against Burnley was Guardiola’s way of sending a message’. A fully fit Aymeric Laporte was on the bench while Stones was given an extended run in the team.

It is now up to all of Manchester City’s center-backs to prove their worth for the long run.

Gabriel Jesus happy to give up records for European success with Man City
Pep Guardiola: Joao Cancelo has made an incredible impact this season