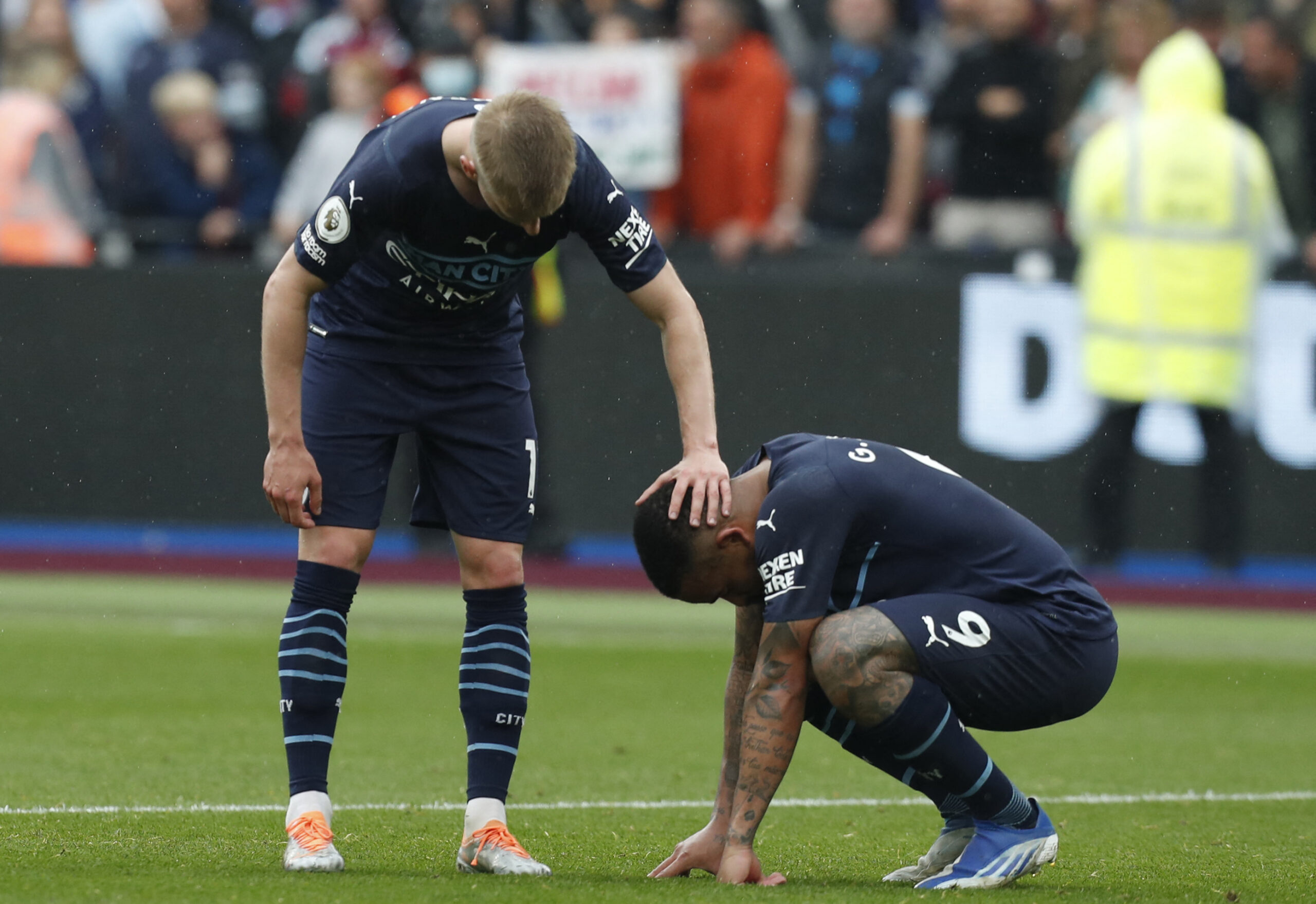 Manchester City’s aggressive recruitment campaign has been off to a ferocious start.

The perennial Premier League champions acquired the signature of Julian Alvarez from River Plate in January, with the Argentine starlet expected to complete his switch to the Etihad Stadium on July 1.

Pep Guardiola’s failed attempt to sign an out-and-out striker to replace Sergio Aguero in summer 2021 came back to haunt the Cityzens in last season’s Champions League.

It seems the Spaniard has learnt from past mistakes as Man City forked out £51.2 million to trigger Erling Haaland’s release clause at Borussia Dortmund.

However, Guardiola has no intention of putting the brakes on his sterling recruitment campaign.

City and Brighton & Hove Albion are in advanced talks over Marc Cucurella’s move to Manchester.

There is a genuine feeling that the Spanish left-back will soon put pen to paper on a multi-year contract at the Etihad.

Let’s take a look at the three out-of-favour Man City stars that could soon hit the road.

Despite delivering decent performances as a makeshift left-back last season, Oleksandr Zinechenko could soon be on his way out of the club.

The Ukraine international will likely fall victim to Cucurella’s arrival, with City ready to cash in on their utility man in the summer.

Zinchenko has generated plenty of interest from the Premier League, making it easy for the Cityzens to ship him out.

Arsenal, Everton and Newcastle United have set their sights on the 25-year-old, who starred in Ukraine’s busted World Cup qualifying cycle.

Zinchenko has spent the majority of his Man City career deputising as a left-back.

Yet, his prime position is a creative defensive midfielder, which would make him a valuable asset for any potential buyer.

Not long ago, Raheem Sterling was one of the best-performing wingers in the Premier League as Guardiola transformed him into a household star.

But last season, things went south for the England international, who often struggled for regular playing time at the Etihad.

The imminent arrivals of Alvarez and Haaland will further reduce Sterling’s first-team opportunities.

In the World Cup year, the 27-year-old can ill-afford to play second fiddle to anyone, therefore, the summer exit is well on the cards.

Chelsea have emerged as the likeliest suitors for the Liverpool forward, who may warrant a price tag in the region of £35m.

As per Fabrizio Romano, the Blues could soon launch an official approach for Sterling.

Gabriel Jesus’ days at Man City are numbered for the same reason as Sterling’s.

The Brazilian has shown flashes of his brilliance since arriving from Palmeiras in 2017.

However, the 25-yar-old’s overall career at the Etihad has been far from ideal as he braces himself for a move.

Arsenal are ready to offer Jesus an Espace route from Manchester.

The Gunners boss Mikel Arteta has identified the Man City outcast as a perfect long-term replacement for Alexandre Lacazette.

With the Frenchman heading back to his boyhood club Lyon, Arsenal are desperate to strike a deal for Jesus to address any potential attacking problems ahead of 2022/23.